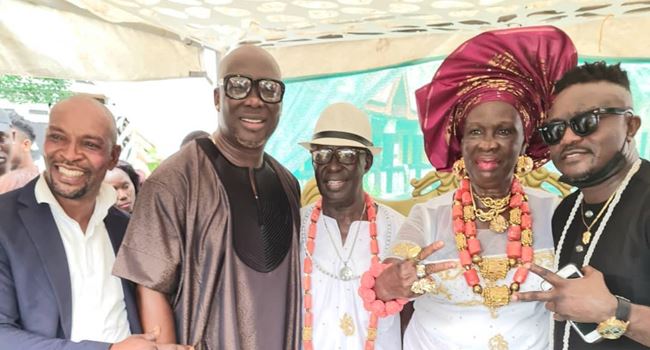 Comedian, Gordon’s mum ties the knot with lover at 72

Godwin Komone, the Nigerian comedian better known as Gordons, has taken to social media to celebrate his mother who recently got married at 72 In a

Godwin Komone, the Nigerian comedian better known as Gordons, has taken to social media to celebrate his mother who recently got married at 72

In an social media post on Sunday, the 50-year-old comedian disclosed that his mother tied the knot with her partner on Saturday.

He also accompanied the post with a picture of himself flanked by the couple and well-wishers at the wedding ceremony.

“My mother got married yesterday at the age of 72. Don’t tell me true love doesn’t exist. Congratulations mama,” he wrote.

The development comes a few weeks after Erumena, who is the elder sister to Fred Amata, the Nollywood actor, tied the knot at 64.

Erumena had described her marriage as “God’s work”, adding that it came as a surprise to her critics.

“People told me that this one you haven’t married, you won’t see any man to marry. Some said even if I manage to get a husband, he would either be shorter than me or that I’d be 10 years older than him. They also said I would not find someone within my age bracket to marry,” she had said.

Fred had also revealed how Erumena was ridiculed and tormented in the past because she couldn’t get married.