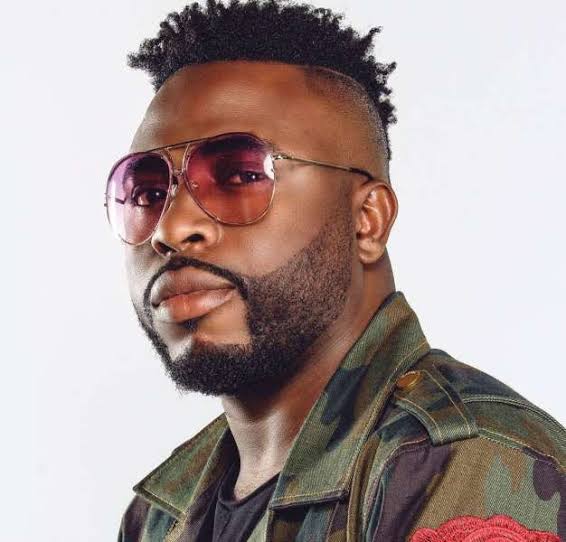 Bankole Wellington, popularly known as Banky W, has replied music producer, Samuel Oguachuba aka Samklef’s allegations that he took his name off as the composer of Wizkid’s hit song, Pakurumo.

Samklef had called out the EME label boss for ripping him off his (Samklef’s) royalties for his contribution to Wizkid’s debut album, following Banky W’s tell all interview with Ebuka Obi-Uchendu.

Recall that Wizkid released two albums, Superstar and Ayo under the EME records before he left to chase international stardom.

Banky had alleged in the said interview that Wizkid owed his record label three albums as stipulated in their contractual agreement.

Not impressed with Banky’s claims, Samklef, who produced Pakurumo off the Superstar album, said in a Live Instagram session that Banky W had failed to properly compensate him (Samklef) for his input in the hit song.

He also posted a similar message on his Twitter page where he wrote: “Claiming all my 11 years royalties for WiZkid super star album in a bit. My Laywers will reach out. It’s 50/50. Anybody wey don collect my money better reach out o! Samkef fine were o! Make dem tag Banky o! My money go don plenty o! Before him go use am campaign for election.”

Hours after, on Saturday morning, Samklef hinted on his social media pages that Banky had agreed to pay him “performance royalty” and “mechanical royalty” on the song.

However, things took an interesting turn shortly after when the music producer shared a screenshot to show that his name had been replaced with one Steve Micheal as the composer of Pakurumo.

Samklef mentioned Banky W’s handle in the caption on the image and urged him to reach out to him for clarity.

“Nigerians make una see o!! Dey took my name off and put Steve Micheal. As composer for pakurumo. @bankywellington how far now ? How did we get to this ? Dm me ur email bro. No time to play. Let’s fix things and move on. @sonymusic @sonymusicafrica,” Samklef’s post read.

In response to the allegation, the EME boss came to the comment section of the post where he asked the music producer to direct his grievances to the proper channel.

Banky, who also distanced himself from the control of the song’s proceeds and cautioned Samklef to desist from peddling his name in the public.

“@samklef I don’t think you understand that my name is not there and was NEVER there. EME’S name is not there. We have never taken a dime of these royalties and never will. We have never controlled them. You need to take this up with whoever is controlling this and for goodness sake stop talking about me. I’m not the one in charge. I’m minding my business, please handle yours,” Banky’s reply read.

Samklef has continued to make suggestive posts on social media since then as watchers hold their breath for the next possible twist.