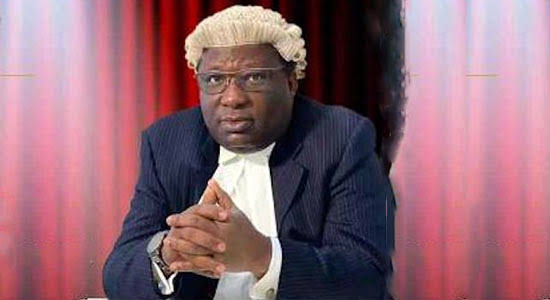 The campaign said Afikuyomi was the one who falsely told the electoral department INEC in 1999 that Tinubu attended primary and secondary schools in Ibadan, a claim that has now resurfaced ahead of the 2023 presidential elections.

The response came a day after it was reported that Tinubu’s 2023 presidential nomination filings with Independent National Electoral Commission showed he did not obtain primary and secondary education, with his campaign admitting that Tinubu did not disclose his early schools because the matter was controversial in the early 2000s.

The campaign, however, said the ruling APC candidate was exonerated of all charges after Afikuyomi, a former senator, admitted that he mistakenly filled the governorship nomination forms for Tinubu in 1999 and, therefore, responsible for the false claims before a Lagos parliamentary panel that probed the counterfeit academic records.

“Asiwaju was exonerated in the House of Assembly’s report because Senator Afikuyomi said he filled the form on his behalf then,” campaign spokesman Bayo Onanuga said in a statement.

Onanuga did not clarify whether or not Tinubu could be held responsible under the law since he was the candidate whose signature appeared on the falsified document filed under oath.

Onanuga said Tinubu left out his primary and secondary education columns when he sought a second governorship term in Lagos in 2003.

Onanuga said Nigerians should disregard perjury charges against Tinubu because has not held any political office since he concluded his two terms in 2007, until earlier this month when he clinched the presidential nomination of the ruling party.

“The same certificate he gave to INEC this year, he used in 2003 and there was no issue then. Why are they raising issues now?” Onanuga added.

“This was what happened that time and if in 2022, he (Tinubu) now drew blank on that session, what offence has he committed?”

The campaign dismissed the controversy as fueled by opposition elements of the Peoples Democratic Party.

Tinubu had told INEC when he submitted his nomination forms on June 15 that he didn’t have primary and secondary school certificates, but he had two university degrees. However, the certificates from the tertiary institutions he attended had been stolen by state agents who breached his residence in Lagos during the brutal regime of Sani Abacha.