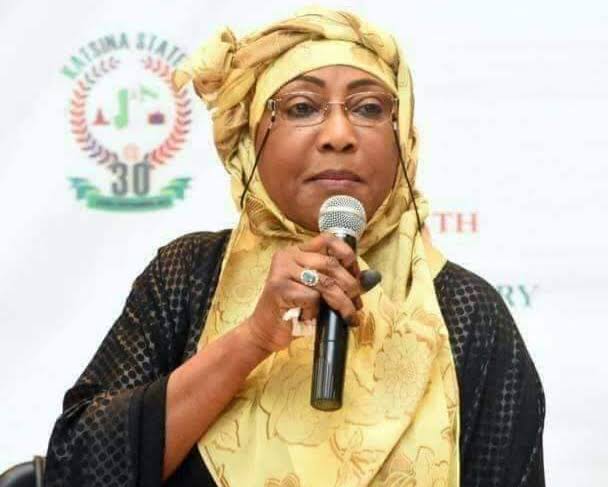 Najatu Muhammad, a former staunch supporter of President Muhammadu Buhari, has dumped the ruling All Progressives Congress (APC) ahead of the February

The heroin connection: Why APC presidential flag bearer, Bola Ahmed Tinubu is unable to visit the United States
Tinubu, Atiku conspicuously absent as Obi, Kwankwaso attend presidential debate
‘We have no record of Bola Tinubu ever in our employ,’ Deloitte US reveals

Najatu Muhammad, a former staunch supporter of President Muhammadu Buhari, has dumped the ruling All Progressives Congress (APC) ahead of the February 25 presidential election.

The Kano-based politician and associate of the APC presidential candidate, Bola Ahmed Tinubu, announced her exit from the party in a letter addressed to Senator Abdullahi Adamu, the party’s national chairman.

Muhammadu, who was also an associate of the First Lady, Aisha Buhari, copied the APC presidential campaign council and the chairman of her ward in Shahoci,
Kano Municipal Local Government Area, in her letter.

The 67-year-old was one of the 10 APC chieftains recommended as Tinubu’s running mate by a panel of the party in July.

“I am by this letter also informing you of my resignation as the Director of the Civil
Society directorate of the Presidential Campaign Council of the APC.

“It has been a great honour working with you to contribute towards the building of our dear nation. However, a number of recent developments in the country’s political and democratic space, make it impossible for me to continue to participate in party politics,” Muhammad said.

According to her, the country is facing serious challenges that can only be fixed by competent leadership.

“Our political parties have no ideological differences and are simply robes that politicians wear to serve their personal needs and interests at any given time. As a result of which we see politicians changing from one robe to another whenever it suites them. What is important at this point in time is the individual wearing the robe and not the robe itself.

“I am committed to supporting individuals that are truly interested in addressing the root causes of our challenges as a nation. To remain true to such commitments, one must be willing to take bold and decisive steps. Quitting party politics at this point in time is one of such steps.

“We all recognize that Nigeria is facing many challenges, including insecurity, poverty, inequality, and lack of access to basic services. Such challenges require the consolidated efforts of competent and patriotic leadership across every level of governance.

“Nigerians must be aware of the severity of their situation after the dismal failures of leadership the country has experienced
over the years.

“Nigerians must be aware of the consequences of their decisions and their choices. Therefore, restricting ones choice to a single political party will be detrimental to the development of our country and our democracy.

“As a Nigerian fighting for a better Nigeria, I am deeply committed to the struggle for a more just and equitable society. I believe that all Nigerians deserve the opportunity to live a life of dignity, security and opportunity.

“Nigeria has a long history of struggle to build a better future for all its citizens. Despite many challenges, we remain resolute to overcome them and create a more prosperous, stable, and just society.

“I remain committed to protecting the rights and freedoms of all citizens, and promoting a culture of tolerance and respect. I believe that diversity is one of our greatest strengths and that by working together, we can build a stronger, more united country. Long live the federal republic of Nigeria.”

Muhammadu had barely a year after President Buhari won the 2015 presidential election withdrawn her support for him.

She had rejected her appointment as the chairperson of the Federal University Dutse, Jigawa State, by President Buhari in 2016.

In November 2022, she called for the prosecution of the First Lady, Aisha Buhari, over the detention of a final-year student of Federal University Dutse, Aminu Mohammed, on her alleged orders.

She told Arise TV in February 2022 that her loyalty was to Nigeria and not President Buhari, noting that the citizens need to elect the most qualified candidate to steer the country in right direction.