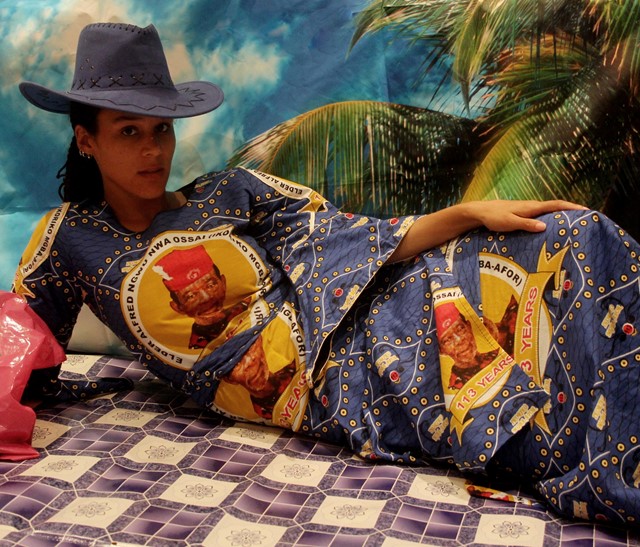 A Nigerian born photographer, Ruth Ossai has been revealed to be a part of the team currently shooting Rihanna’s Fenty campaign. Earlier this month, R

A Nigerian born photographer, Ruth Ossai has been revealed to be a part of the team currently shooting Rihanna’s Fenty campaign. Earlier this month, Rihanna became the first woman to launch an original brand at the LVMH luxury goods collective, which is home to Givenchy, Dior and Louis Vuitton.

As the Fenty Maison brand prepares for a global launch, the brand has been releasing a series of sartorial images, some of which were shot by Ruth Ossai. Giving a background to the choice of photographers on the team, Bernard Arnault, LVMH chairman, said that to support Rihanna to start up the Fenty Maison, the luxury brand has built a talented and multicultural team, one of which includes Ruth Ossai as a member.

Ruth Ossai has an incredibly unique photography style, comprising of animated backdrops and textured mats for her distinctive sets, which have now appeared on Fenty’s Instagram story, as they tease their upcoming campaign.

The visual artist reposted some of the pictures on her Instagram page with the caption, “Big thank you to @angelobaque, Ry, @illjahjah, @Julie and everyone at @fenty team.”

Just last week, Rihana unveiled a campaign video for Fenty Maison, which features a busy street in Lagos, leading fans to speculate a heavy Nigerian influence in the upcoming collection.

Ruth Ossai grew up in Southeastern Nigeria and is now based in West Yorkshire, UK. She is known for her portrait and studio photography that empowers Nigerian communities by creating narratives with her subjects that celebrate their personal identities. Ossai, who also works in youth development in the UK and across Africa, recently collaborated with filmmaker Akinola Davies Jr on a special project for Kenzo, and has also shown at LagosPhoto. She now previews her latest series, a multimedia concept with fashion designer and recent Central Saint Martins’ graduate Mowalola Ogunlesi, at Labs.