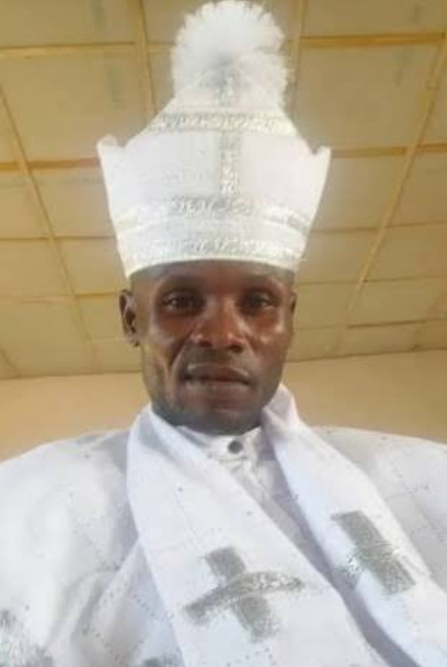 Prophet Adelana Adekunle Solomon, a popular Instagram cleric who is known as Oba Solomon, has been invited by the Nigerian Police Force, for questioni

‘We have no record of Bola Tinubu ever in our employ,’ Deloitte US reveals
Buhari is deceiving Tinubu – Adebanjo
Oniru prince drags Tinubu to court for being denied throne

Prophet Adelana Adekunle Solomon, a popular Instagram cleric who is known as Oba Solomon, has been invited by the Nigerian Police Force, for questioning.

It was gathered that the controversial preacher was invited by the police over a petition against him.

Part of the invitation letter read; “The office is investigating a matter reported to the Assistant Inspector General of Police, Zone 2 Police Command, Onikan Lagos.”

“In order to facilitate investigation, you are requested to report to the office in-charge of Zonal Complaint Response Unit, CSP Olukode Taofiki with GSM No. 08063250810 on 2nd February, 2022 by 1000hrs.”

A check on Oba Solomon’s Instagram page reveals he is a strong critic of the Buhari-led federal government and members of the ruling All Progressives Congress, APC.

While reviewing his page, our correspondent also saw a recent post of the preacher where he was criticising the National Leader of the ruling party, Asiwaju Bola Tinubu.

Speaking in the video, the Prophet who hails from the Southwest said, “If I am a true Prophet of God, Tinubu will not become the President of Nigeria and if he becomes the President, he will not spend four years before he will die.”

The former Lagos governor had recently declared his intention to run for the country’s president in 2023. 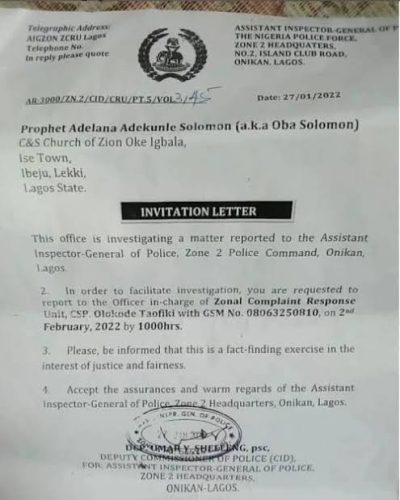