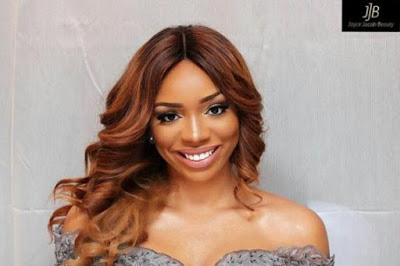 Former governor of Abia State and the chief whip of the Senate, Orji Uzor Kalu has stepped down from the mantle of leadership as the chairman of the S

Former governor of Abia State and the chief whip of the Senate, Orji Uzor Kalu has stepped down from the mantle of leadership as the chairman of the Sun Newspaper, a daily he founded over ten years ago.

Taking over his position is none other than his first and favourite child, Neya who has now assumed the position of chairman/publisher of one of the largest selling newspapers in the country. Kalu however remains the founder of the newspaper.

While appreciating the honour bestowed on her for the humongous task of piloting the affairs of the newspaper at least for the next decade, Neya promised to lead the country to greater heights while relying on the solid foundation that has existed since its inception.

Educated at the University of Buckingham with a degree in Law and Finance, Neya is a business woman runs Base Coat, a nail salon chain in Lagos. She is also the Vice-Chairman of Sun Heavens Hotels and Resorts.

Neya was previously engaged to be married to Abia born, Lagos bred businessman and politician, Chima Anyanso a few years ago, but the wedding got called off as a result of unpalatable tales on the part of Chima. Both of them have since moved on and are married to their respective spouses. Neya has been married to businessman, Lawrence Iyere since 2017.