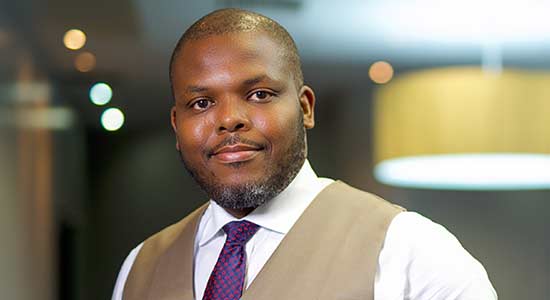 The Chairman of the Planning Committee for the rescheduled Nigeria Bar Association-SPIDEL Conference, Chukwuka Ikwuazom SAN has tendered his resignati

The Chairman of the Planning Committee for the rescheduled Nigeria Bar Association-SPIDEL Conference, Chukwuka Ikwuazom SAN has tendered his resignation from the role less than 3 days to the Conference billed to hold in Abuja.

According to Nigerian Lawyer, Ikwuazom blamed a standoff with the NBA President, Olumide Akpata, who he claimed vowed to deny the Conference of his support of he (Ikwuazom) continued as the Committee Chairman.

The Chairman of the NBA Section on Public Interest and Development Law (NBA-SPIDEL), Dr. Monday Ubani noted that the disagreement is an Internal issue that can be resolved.

Read his resignation letter below;

Please recall that you had, by a letter dated 7 July 2022, sent to me on WhatsApp informed me of my appointment as the Chairman of the Conference Planning Committee of the Nigerian Bar Association’s (NBA) Section on Public Interest and Development Law (SPIDEL). Prior to your letter, you had discussed the appointment with me, following my having acted in the role of Alternate Chairman for the rescheduled SPIDEL Conference in Sokoto. I had during our discussion (which occurred less than four weeks to the dates – 4 and 5 August, 2022 – that you had suggested for the conference) noted that the time was too short to plan the proposed conference. You stated that you wanted the conference to take place before the end of the current administration of the NBA and that the President of the Bar had promised financial assistance by the NBA and the use of the NBA auditorium for the conference. I then accepted to serve.

You and other members of the CPC will readily testify that I gave the planning of the conference my all.

You will therefore understand my shock when you called me on Tuesday, 26 July 2022 to say that the President of the NBA had made his participation in the conference and the provision of the financial assistance promised on behalf of the NBA conditional upon my standing down as the Chairman of the CPC. I asked you what your response to him was and you said you were shocked. But you also made it clear to me that you would want to go ahead with the conference with the participation and support of the President.

I told you that I would not stand in the way of a successful conference and was willing to stand down. I however explained to you that my disengagement must happen in a way that does not affect my reputation or in any other way whatsoever suggest a dereliction or abdication of duty on my part. I further requested that you put your request of me and the reasons therefore in writing. You promised to send the letter to me but I didn’t hear from you until Sunday, 31 July 2022, when you called me.

During that phone conversation, you suggested that my name would be retained in the conference programme as Chairman of the CPC, but that I should not attend the conference on the opening day in order not to annoy the President of the NBA. I told you that I would reflect on your request and get back to you.

Shortly after the call, my attention was drawn to a sensational article titled “Olanikpekungate Claims Chukwuka Ikwuazom SAN as First Victim” published by one Kubwa Express. I will not bother to go into the rather offensive details of the article. Suffice it to say that it signalled the commencement of an utterly unnecessary and avoidable controversy capable of taking the shine off the hardwork put into the organisation of a memorable conference by the SPIDEL CPC, which it has been my honour to chair until now.

In light of the needless controversy that has been introduced into an otherwise simple task of working with my colleagues at the CPC to plan a conference for SPIDEL and in the overall interest of the profession and SPIDEL, I hereby tender my resignation as Chairman of the CPC. My resignation is with immediate effect.

I thank you and members of the Council of SPIDEL for the opportunity to serve and wish you a successful outing in Abuja on 4 and 5 August 2022.