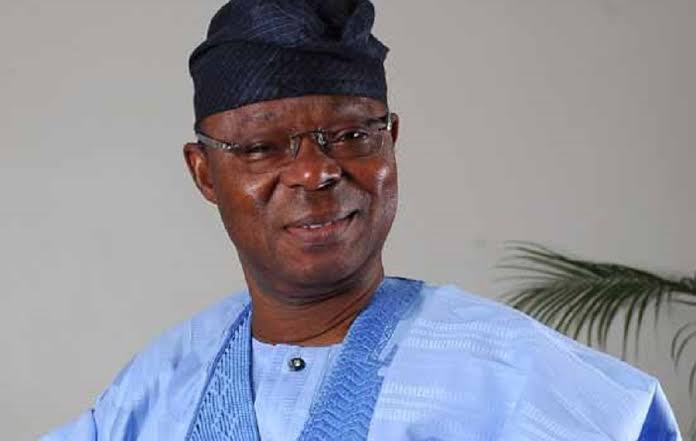 After months of negotiations and proper preparation of documentation, Flour Mills of Nigeria Plc a Nigerian agro-allied group led by Greek investor, J

After months of negotiations and proper preparation of documentation, Flour Mills of Nigeria Plc a Nigerian agro-allied group led by Greek investor, John Coumantaros, has announced that it has acquired a 71.69-percent stake in Honeywell Flour Mills, as well as a 5.06-percent stake in the firm for N4.2 ($0.01011) per share.

Following the completion of the transaction, industrialist Obafoluke Otudeko, who is the founder of Honeywell flour mills pocketed a total of N22.24 billion ($53.55 million) from his stake in the deal.

Otudeko owns 66.8 percent of Honeywell Flour Mills, a leading flour and pasta product manufacturer operating under the auspices of Honeywell Group, which has a diverse product portfolio including Honeywell Semolina, Honeywell Noodles and Honeywell Pasta.

Otudeko stated that the acquisition is consistent with the company’s desire to build a business that better serves Nigerian customers.

“As we entrust Flour Mills of Nigeria with building on Honeywell Flour Mills’ strong legacy, we will work closely with them to ensure seamless integration, laying the groundwork for the combined company’s success,” he said.

The acquisition of a majority stake in the Nigerian miller by Flour Mills of Nigeria represents Otudeko’s final attempt to unlock value from his stake, following a slew of dividend payments and remuneration from his business since its inception nearly four decades ago.

The recent acquisition will allow Flour Mills of Nigeria to increase manufacturing capacity and create synergies to provide better products to consumers as the combination of the two companies will result in a behemoth with assets worth N703 billion ($1.7 billion) and revenue worth N850 billion ($2.1 billion).

This will result in the formation of a strong national champion in Nigeria, combining Flour Mills’ market-leading offerings, such as grain-based foods, sugar, and breakfast cereals, with Honeywell’s diverse and differentiated range of carbohydrates products.

The journey to sale and purchase of Honeywell Flour Mills began last year when Otudeko began battling with a myriad of troubles stemming from his alleged underhand deals as Chairman board of directors, First Bank of Nigeria Holdings.

Following his sack alongside others from the board of FBNH by the Central Bank of Nigeria, the CBN ordered his Honeywell Flour Mills to repay a loan it took from First Bank within 48 hours.

According to the letter by the apex bank, the company (Honeywell Flour Mills) is required to fully repay its obligations to the bank within 48 hours, failing which the CBN will take appropriate regulatory measures against the insider borrower and the bank.

The apex bank was upset with First Bank for non-compliance with regulatory directives to divest its interest in Honeywell Flour Mills, despite several reminders.