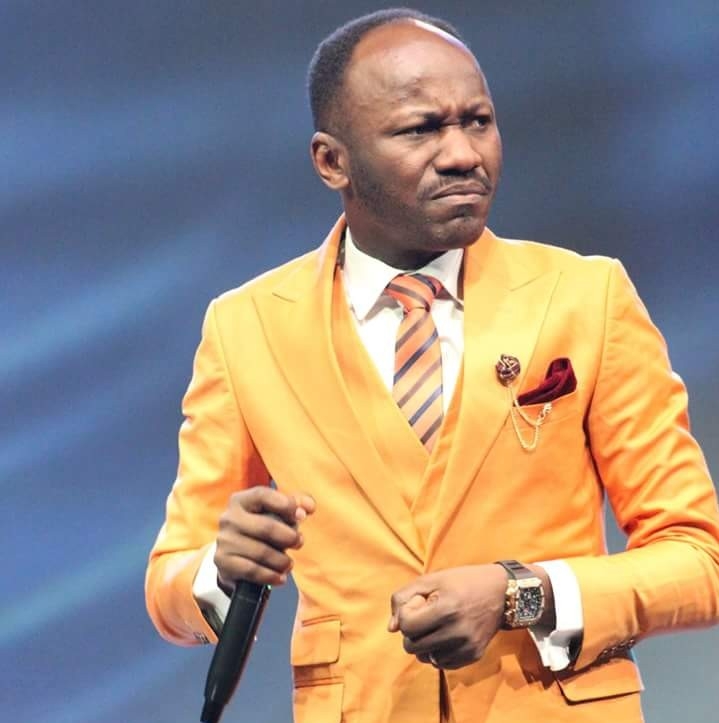 Nigerian minister whose bag of money I rejected, behind assassination attempt on me – Apostle Suleman claims

The president of Omega Fire Ministries (OFM), Apostle Johnson Suleman, has revealed why gunmen made an attempt to kill him along the Benin-Auchi road,

Gunmen attack convoy of Apostle Johnson Suleman
‘Dem no dey drag me, I go use your dragging take popular,’ Apostle Suleman addresses allegation of sleeping with numerous actresses
‘You can’t kill me, my life is in the hand of God,’ Apostle Suleman exclaims hours after being attacked by gunmen

The president of Omega Fire Ministries (OFM), Apostle Johnson Suleman, has revealed why gunmen made an attempt to kill him along the Benin-Auchi road, Edo state, on October 21.

Suleman claimed that the gunmen were sent to him after he rejected a bag of money that was offered him by some unnamed ministers in Abuja.

He added that these ministers attempted to bribe him because they were not comfortable with his condemnation of killings across the country.

Suleman made the claim in a 50-second video clip on Saturday, October 29.

The cleric stated that, “In 2017, some ministers called me to Abuja after I spoke against the killings on a national scale, and they sat me down, threw a bag of money at me, and they said to me, take this and shut up.

“They threw out an AK-47 (rifle), they threw out a newspaper, and they threatened me that I would go down by the rifle or newspaper (media), if I refuse to take the money.

“They said that if I did not do that (make the choice of money), in the next one year, they would make sure that in this country (Nigeria), I would not hold the microphone again.

“I said to them I never knew what I said was actually a big deal, now I want to start condemning killings on a greater scale.

“I said if you wanted to come for me, please you were very free to bother yourselves, because I would keep talking, and I kept on speaking,” he added.

Recall that some gunmen, October 21, attacked the convoy of Apostle Johnson Suleman along the Benin-Auchi road, and killed seven persons including three policemen.

Suleman had returned from a foreign trip and was heading to a destination in Edo state when the gunmen attacked his convoy around the Auchi area of the state.