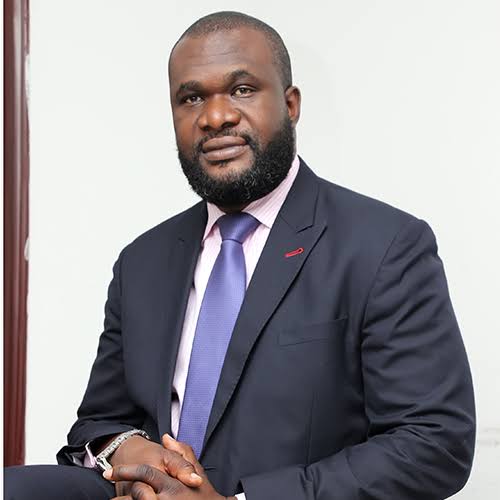 Following the controversy surrounding the death of Laolu Martins, some of his investors have approached the Lagos High Court sitting in Osborne, Ikoyi

Following the controversy surrounding the death of Laolu Martins, some of his investors have approached the Lagos High Court sitting in Osborne, Ikoyi in order to secure their investments.

Laolu Martins, a co-founder and executive director of Bukka Hut, a leading fast-food chain in Nigeria, is dead allegedly committed suicide on Teusday September 27, after giving in to his battle against depression.

The court has subsequently granted an order of Mareva injunction restraining commercial banks in the country from dealing with his assets and any accounts linked to him.

Through their lawyer, Adetunji Adedoyin-Adeniyi of AAA chambers, the applicants filed a motion exparte before the court. They submitted that the late Laolu Martins is the alter ego of the 2 other defendant companies, NISL Ventures & Nigerian International Securities Ltd.

Their lawyer also told the court that his clients invested in the companies because of the late investment banker and with his passing, it was imperative for them to recover their funds before his family & others begin to dissipate the funds in the defendant companies.

They therefore asked the court to freeze the companies assets and accounts to the extent of their investments.

They specifically asked the court “to restrain 21 commercial banks in the country from releasing, further releasing or dealing in any manner whatsoever with any and all monies and/or whatsoever assets due to the Defendants from any account whatsoever maintained by the 1st – 3rd Defendants and also all accounts linked to the Estate of the 3rd Defendant with BVN: 22151716038 (Late Laolu Martins), their agents, privies, subsidiaries, sister companies and beneficiaries or the like with any of the said Banks wherever situate up to the amount of the Claimant/Applicant’s total claim of the sum of N118,055,936.59 (One Hundred and Eighteen Million, Fifty-Five Thousand, Nine Hundred and Thirty-Six Naira, Fifty-Nine Kobo Only} being the outstanding investments and return on investments accruing to the Claimants/Applicants from the Defendants as at the 29t September 2022, pending the hearing and determination of the motion on notice”.

They all asked the court for “AN ORDER OF MAREVA INJUNCTION restraining the Defendants, their directors, agents, servants, officers, privies, subsidiaries, sister companies, beneficiaries or any other person natural or artificial howsoever called under the control of the Defendants from transferring or otherwise dealing with any and all of the monies standing to the credit of the Defendants in any account whatsoever maintained by the Defendants with any of the aforementioned Banks wherever situate up to the amount of the Claimants/Applicants’ Claim of the total sum of N118,055,936.59 (One Hundred and Eighteen Million, Fifty-Five Thousand, Nine Hundred and Thirty-Six Naira, Fifty-Nine Kobo Only} being the outstanding investments and return on investments accruing to the Claimants/Applicants from the Defendants as at the 29th September, 2022, pending the hearing and determination of the motion on notice”.

transferring, assigning and/or dealing with properties of the 1st, 2nd and 3rd Defendants that can be traced and located by Claimants/Applicants during the pendency of this suit”.

“An ORDER directing the above-named Banks to file and serve on the Claimants/Applicants’ Counsel within 7 days of service of the order on them, an affidavit disclosing the balance on the 1st, 2nd and 3rd Defendants’ account whatsoever maintained with the banks as at the date of the Order”.

“An ORDER of this Honourable Court granting leave to the Claimants/Applicants to serve the following processes, to wit: Originating Summons, Affidavit in support of the originating summons, written address in support of the originating summons with accompanying Exhibits (collectively “the originating processes”‘), the Motion on Notice for mareva injunction; and all other processes that may be issued in this suit on the Estate of Late Laolu Martins by way of substituted service; to wit; pasting on Late Laolu Martins’ last known address which is No. 3, Alhaji Kanike Close, Off Awolowo Road, South West Ikoyi, Lagos AND for such order or orders as this Honourable Court may deem fit to make in the circumstances”.

After reading the 33-paragraph affidavit in support of the application and examining the eight (8) grounds upon which the application was predicated, and the depositions in the affidavit in support, the Court held that it is satisfied that this is a deserving circumstance in which orders of Mareva injunction and substituted service can be granted.

The Court said it drew inspiration from Sections 10, 13 and 18 of the High Court Law of Lagos State and Orders 9 Rule 5 and 42 Rule 1 of the Rules of Court, 2019 and the cases of I. F. C. V. DSNL Offshore Ltd (2008), Durojaiye V. Continental Feeders (Nig.) Ltd. ((2001), and Sotiminu V Ocean Steamship Nig. Ltd (1992) where the Supreme Court, per Nnaemeka-Agu, JSC (as he then was) expressly stamped with judicial authority the powers of the High Court of Lagos State to grant orders of Mareva injunctions.

Justice Olukolu granted all the requests of the applicants pending the determination of the motion on notice pending before the court.

He ordered all the banks to file and serve an affidavit disclosing the monies standing in the credit of the defendants within seven (7) days of the service of the order on them.

The court then adjourned to the 14th of Nov. 2022 for a report of service and for further hearing.

Loading...
Newer Post
Nigerian minister whose bag of money I rejected, behind assassination attempt on me – Apostle Suleman claims
Older Post
The rise of Rishi Sunak