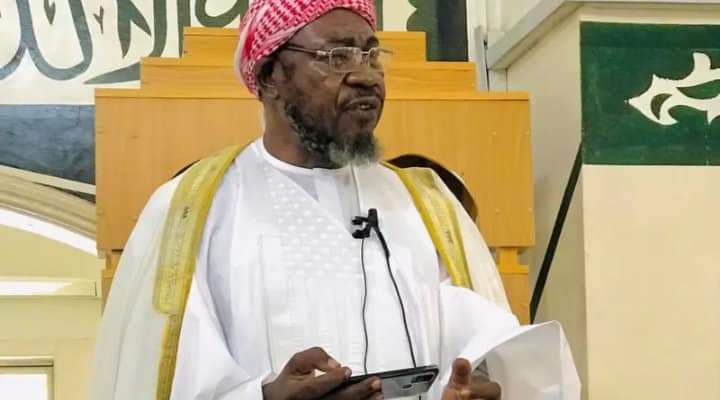 Sheikh Muhammad Nuru Khalid, a popular Muslim cleric has been sacked from his position as the chief Imam of Apo Legislative Quarters mosque in Abuja f

Sheikh Muhammad Nuru Khalid, a popular Muslim cleric has been sacked from his position as the chief Imam of Apo Legislative Quarters mosque in Abuja following his Friday sermon criticizing the Buhari government over it’s nonchalant attitude towards address insecurity.

He was suspended by the Muslim council of Nigeria .

In a statement conveying his suspension, Senator Saidu Muhammed, chairman of the mosque committee, said the sermon “incited public outrage” and opposed the tenets of Islam.

“I am informing you that you have been suspended from leading prayers in the Apo Legislative Quarters Mosque from today being April 2nd, 2022 until further notice,” the statement read.

“The decision was taken out of the inciting Friday sermon you delivered on April 1st, 2022; where you advised people not to vote come 2023 general elections unless politicians respond to some critical questions.

“You should have advised them to vote out those that transgress the Almighty and breach people’s social contract as well as the state,” the statement added.

The Muslim committee has since appointed Malam Mohammed to replace the suspended sheikh.