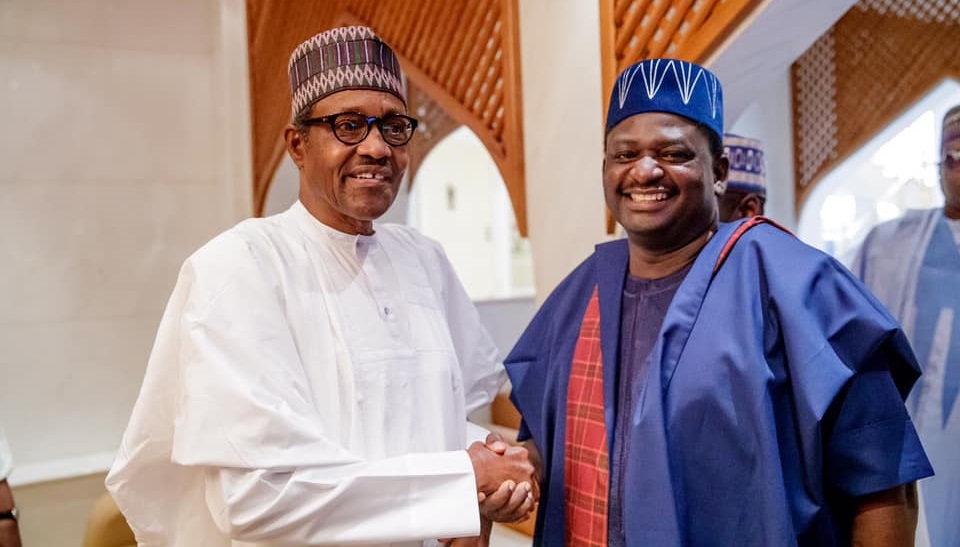 Presidential spokesman, Femi Adesina has said that Nigerians need a bully with dictatorial tendencies like President Muhammadu Buhari, who will kn

Presidential spokesman, Femi Adesina has said that Nigerians need a bully with dictatorial tendencies like President Muhammadu Buhari, who will knock sense into their heads.

Adesina stated this in his weekly Facebook article (From The Inside) while reacting to President Buhari’s warning to troublemakers in the country.

In the article titled ‘I Suddenly Remembered Why I Fell In Love With The President’, Adesina also stated that Buhari can never be accused of genocide after Twitter deleted the president’s tweet in which he made reference to the 1967-70 Nigerian Civil War and his comment on treating “those misbehaving today” in “the language they will understand”.

“That respondent sure spoke the minds of millions of Buharists in Nigeria and the Diaspora. The man we fell in love with is of iron and steel, one ready and willing to knock sense into contumacious heads, whipping everyone into line. And being kind to us in the process. A kind bully, if you like the oxymoron,” said the media aide.

He added that Nigeria now needs the combination of General Buhari and President Buhari.

“What our country needs at this time is iron and steel. An alchemy of GMB and PMB. We are in a democracy, yes, but democracy is no byword for lawlessness,” added Adesina.

Continuing, he stated, “The nation needs not go into a tailspin because some people bear giant-sized grudges in their hearts. By the way, is there any part of the country that does not have one grievance or the other? Is the next option then to capsize the boat of the country? Any leader that has sworn to uphold the Constitution would not open his eyes, and see it happen.”

Buhari on Tuesday had threatened to deal violently with Igbo in the South-East like the violence visited upon the region’s civilians by him and other military officers who fought on the Nigerian side during the Civil War.

The president said he had had enough of the raging attacks against government facilities across the South-East. Violent thugs have been on the rampage in the region, killing and setting public and private assets on

The president had previously warned that there would be consequences for the attacks, and security forces have been combing the region in a deadly pursuit of pro-Biafran elements.

The president ratcheted up his condemnation of the violence on Tuesday night and said it was obviously being carried out by those who did not witness the Civil War between 1966 and 1970 when Nigerian troops waged war against Biafran secessionists.

“Many of those misbehaving today are too young to be aware of the destruction and loss of lives that occurred during the Nigerian Civil War,” Mr Buhari had said. “Those of us in the fields for 30 months, who went through the war, will treat them in the language they understand.”

Buhari’s statement triggered reactions as Nigerians condemned his genocidal statement and complained to Twitter. In the end, the social media platform seeing that the president’s tweets violated its policy, pulled down Buhari’s genocidal tweet and video.