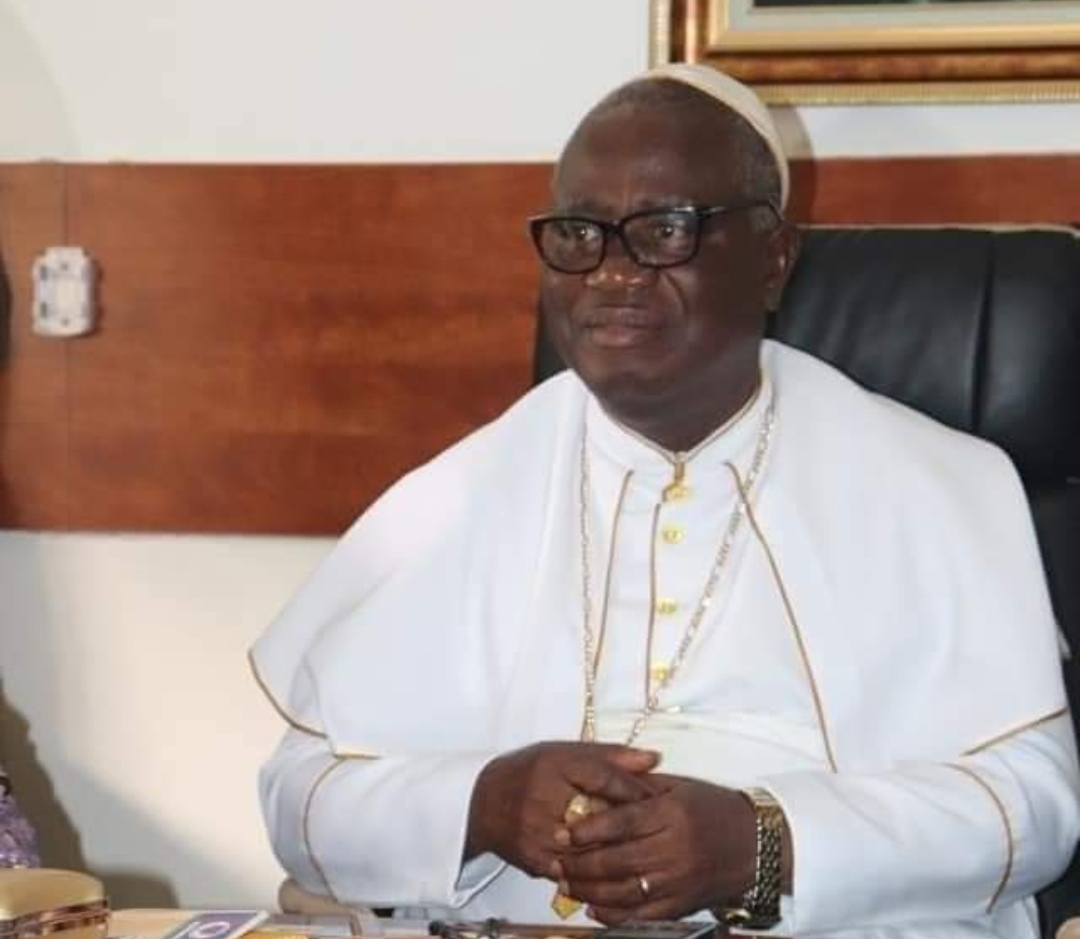 The Methodist Church Nigeria Prelate, His Eminence Samuel Kanu Uche, has narrated his near death experience in the hands of kidnappers. The Prelate

The Methodist Church Nigeria Prelate, His Eminence Samuel Kanu Uche, has narrated his near death experience in the hands of kidnappers.

The Prelate alongside the Bishop of Owerri Diocese, Rt. Rev. Dennis Mark and the Prelate’s chaplain were on Sunday, kidnapped in Umunneochi Local Government Area of Abia state.

Narrating his experience in a press conference held at Methodist church yaba, Lagos state, the clergyman said their abductors are Fulanis alleging that some personnel of the Nigerian Army from Fulani extraction are aiding the kidnappers in their activities.

In his word, “These people came out from the bush, they positioned themselves in three places; some people fired at us and there was another group in front to make sure that we didn’t run away; they fired shots at our vehicle and eventually, they abducted three of us.

“The communication man of the church was able to escape, the driver was able to escape; they abducted me, the bishop of Owerri and my chaplain and they took us to the bush and tortured us. It was in the process of that torture that I hit my right eye on a tree. Even when blood was flowing and I was soaking my eyes with a handkerchief, they didn’t feel like anything happened.

“All they said was that we should follow them; that they were not actually against Nigerian citizens but against the government, that the government is a bad government.

“They are Fulani boys; all the 8 are fulanis; they said the day they will see the president or any of his representatives they will chew him raw; that he is their brother but he has disappointed them and has disappointed Nigeria.

” I said even though I am not part of government, I am a church man am not a government official; they said okay, that is what have saved you, we would have killed you out-rightly without asking for any ransom but now that you are a church man, lets go inside the bush.

“I trekked up-to 15 kilometers but I knew that we were rigmaroling, going up going down and eventually at 11pm they said okay now we can negotiate; each of us will pay N50million and we are going to pay N150million. I thought it was a joke; I said we were going to pay 10million and they said what? Don’t say that; they lifted up their knife to cut me,I said please hold on.

According to the clergy, the leader of the group is about 35 years while the others are about 18.

He said they had taken his rings, chain, took the money they had on them and insisted on 150 million ransom.

The clergy said the abductors came down to 100million ransom, warning that if they negotiate, they would be killed.

“I said okay. We will pay you N100 million. After some time, they said where is the money and I said this is Sunday night how can we get money this night and you know that there is this sit at home in igbo land. We cant afford the money now be patient till morning, we will make contacts.”

He said they lost patient, laid bishop Dennis Mark down, raised a knife to cut him, while another pointed a gun at him (prelate) to show that they were serious,

“I told them we will raise the money for you. But the irony of it, where they were situated, the soldiers all of Fulani extraction, Nigerian soldiers, they were there at Lomara junction and these boys were going behind them. Meanwhile they kept their cows somewhere, numbering about 200.

He said some people were taking care of the cows while the abductors were parading them around the bush until they settled at a place,

“They said when are you bring the money? I said by 12 noon that I will call the people i’ve contacted whether the money had been raised and I called them, they said that they are gathering the money and

that I will call the people i’ve contacted whether the money had been raised and I called them, they said that they are gathering the money and they heard it because they said I will use my phone to talk, they can’t use their phone, they don’t want to be tracked

“Their leader was born in igbo land but his parents have died. He said he was born around Umuahia Amuzukwu and his father was a cow dealer, the boy understood igbo

He said the leader threatened to kill them if they informed security operatives when they had raised N100million.

The leader asked them to buy five ghana must go bags and put N20 million in each bag. They left to pick the ransom while four others waited on them with guns.

Continuing, the Prelate said, “Around 5;30pm, the youngest boy who I think is a younger brother to their commander said oga congratulations you are free you can go now. We have got our money, you can go. Let me show you the road.

“They took us to old road, where they wrote welcome to Imo’ and ‘goodbye from Abia.

“They told us that after buying enough weapons, they are going to bring all those people that were driven away from zamfara, katsina, sambisa forest that they are all coming to locate themselves in Igbo land and deal with us.

“He said do you know Ibadan expressway? We are in all the bush there, we are also in the south south, we are waiting for the slightest signal we will finish you people and take over this land. They claimed that Nigeria belong to Fulani.”

The priest maintained that military personnel of Fulani extraction were aiding the kidnappers who disguise as herders in the daytime but are kidnappers at night.

He called on the government to take a decisive action ‘other wise what is happening in the north will be a child’s play.

On how they picked up the ransom, he said the terrorists came to the pick up spot with a truck without a number plate.

He stated that all efforts made to ensure that he is released was the effort of the Methodist church and her members and not security personnel nor government.