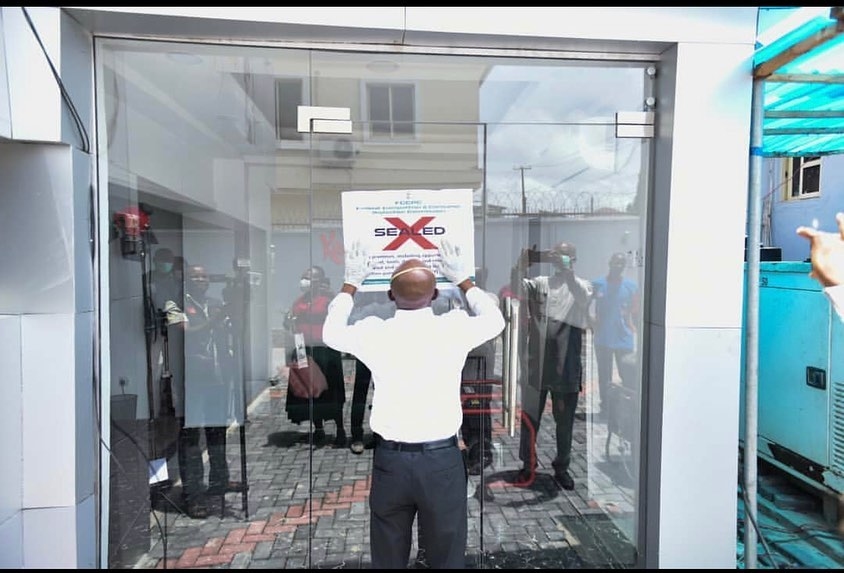 FCCPC said sealing off the place became necessary following several complaints from different people that the activities of the clinic are not only unprofessional, misleading but potentially injurious to people’s health.

The popular Lagos plastic surgeon was recently called out by a Twitter user, Omohtee, for allegedly performing a fake surgical procedure on her. Omohtee, who disclosed that she wanted a ‘normal’ waist, accused the plastic surgeon of blocking her on social media platforms after the alleged botched surgery. She urged Nigerians to be wary of Med Contour clinic.

“So apparently my offence is that her waist is too tiny. At the expense of another person’s name and profession some people just want their posts to trend…this is really sad. I leave this lady to God..let Gods will be done,” Anu Fella, the plastic surgeon said in defence on Instagram.

In sealing the clinic, the Chief Executive Officer of FCCPC, Babatunde Irukera, said: “Essentially, the allegations are that Med Contour engages in conduct that is considered unprofessional, misleading and potentially injurious. Some of its activities are said to have resulted to fatal injuries. We have credible information that they are performing cosmetics surgical procedures in a manner that is inconsistent with law.

“Accordingly, the FCCPC hereby, and by this notice informs Med Contour that it has immediately commenced an investigation pursuant to the Federal Competition and Consumer Protection Act (FCCPA). Section 18(4), 32, and 33 make provisions with respect to the powers and processes of the FCCPC in conducting investigations. The scope of the investigation is pursuant to sections 17(s), (t), (x), (y) and 130 which prohibit obnoxious practices, require services to be safe and for the Commission to act to reduce risk of injury to consumers, as well as ensure services comply with applicable standards of care.

“Sections 123, 124 and 125 prohibit making misleading statements, issuing guaranties or statements about the efficacy skills or probable outcomes with respect to services that are untested or scientifically unproven, and Sections 127, 128 and 129 prohibit unfair or unreasonable contract terms, exclusion, or waiver of legitimate liability for prevailing standards of care.”

Irukera advised Med-Contour to provide the information under section 32, 33, 36 and 113 of the FCCPA, in furtherance of investigation on or before close of business on 29th April 2020. 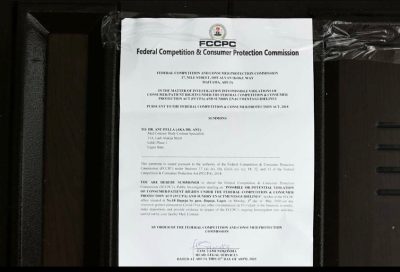 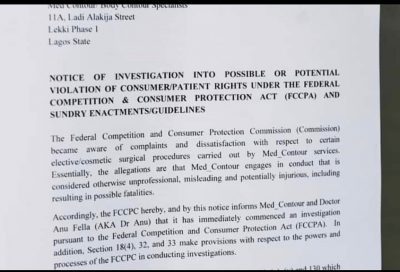 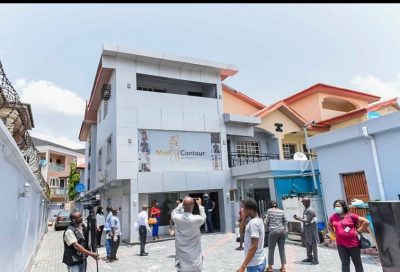