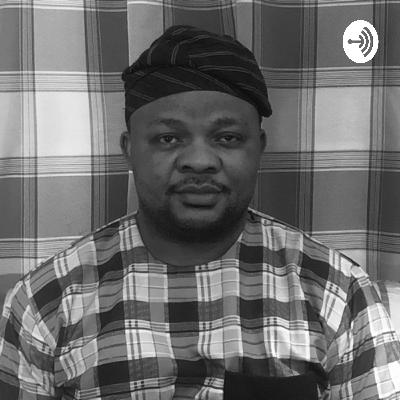 The Nigerian police have released on bail, a Youtuber, Israel Balogun for criticizing the General Overseer of the Omega Fire Ministry (OFM), Apostle J

The Nigerian police have released on bail, a Youtuber, Israel Balogun for criticizing the General Overseer of the Omega Fire Ministry (OFM), Apostle Johnson Suleman, after meeting his stringent bail conditions.

Balogun was arrested on Wednesday by the Force Criminal Investigation and Intelligence Department (FCIID), Abuja after posting a video clip of Suleman on YouTube, praying for the audience to receive mysterious money alerts.

The video highlights the pastor’s ministration of ‘money miracle’ in Atlanta, USA, where the members of the congregation confirmed receiving alerts into their respective bank account.

Balogun received mixed reactions after he described the claims as false and slammed Suleiman, Punch reports.

Balogun, in one of his videos, condemned the miracle service.

Reacting, Suleman’s solicitors sent a letter dated 27th July to Balogun demanding a retraction of the posts (video and write-ups) alongside a written apology to him.

They stated that Balogun’s action was a case of defamation of character against Apostle Suleman whose church, Omega Fire Ministries has members in 52 countries of the world.

In the letter, Balogun’s statements were described as ‘hate speech, cybercrime terrorism, unsubstantiated and threat to his (Suleman’s) social and religious image. They stated explicitly that failure to do as requested will attract a full lawsuit against Balogun.

Speaking of his ordeal, Balogun said he was first threatened by one Obi-West who identified himself as the popular pastor’s “eye.” 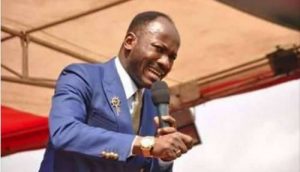 “He said he is the eye of Apostle Suleman on Social media and said I should expect to hear from them. He said I will be missing and he will make sure I get punished by officers from the Nigerian Police Force Headquarters.

“He said killing me is nothing to them. I recorded the whole conversation and used it in recording another video where I called people to rescue me because my life was in danger.

“I was still consulting with my lawyer when somebody called to notify me that some guys from Abuja were in Lagos to pick me up in Abuja. My wife, daughter and I immediately abandoned our home and went into hiding,” the Punch newspaper quoted the Youtuber as saying.

The podcaster said he got an invitation from the Special Enquiry Bureau, Abuja, ordering him to come to FCIID.

However, Effiong accused the police of undue interrogation and giving bail conditions before the release of his client.

“The formal interrogation was for about four hours, including the time they used in taking his statements. Part of his bail conditions was to provide two sureties with landed property and certificate of ownership in Abuja, and a Level 14 civil servant with either a letter of last employment or letter of introduction.

“We have somebody with CofO, and presented a Level 13 civil servant, which they accepted. But they insisted that the person should bring a letter of introduction, whereas the person has a letter of last promotion. Even though we said we will bring the originals tomorrow, they rejected it and put Balogun in the cell.

“The conditions are difficult and unnecessary given the nature of offence. There is no reason why the police should get involved as he (Suleman) should have gone to court to file legal action if he felt he had been defamed,” Mr Effiong said.

But the police said the bail terms were standard.