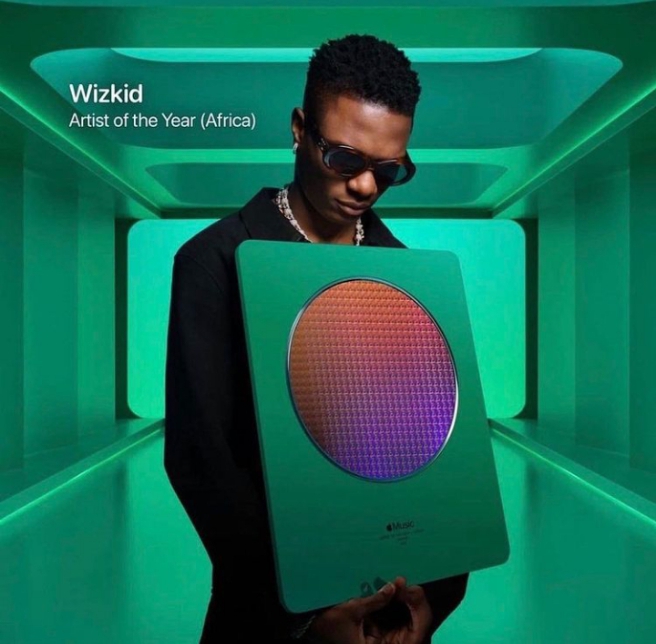 Award winning superstar, Ayo Balogun otherwise known as Wizkid has emerged the winner of the Artist of the Year for African region in the Apple Music

Award winning superstar, Ayo Balogun otherwise known as Wizkid has emerged the winner of the Artist of the Year for African region in the Apple Music Awards 2021.

Apple made this announcement on its website on Tuesday.

Winners are chosen through a process that reflects both Apple Music’s editorial perspective and what customers around the world are listening to the most.

“In October 2020, he released Made in Lagos, his critically acclaimed and most commercially successful album, which included his hit song “Essence,” a track that gained 125 million plays on Apple Music and over 2.8 million Shazams”, it said in a statement on their website.

“This past year, he’s been the most streamed African artist on the continent on Apple Music and ranked on the Daily Top 100 charts in 60 countries, in addition to his monthly plays on Apple Music growing by more than 250 percent outside of Africa.

“He has also been featured on Apple Music’s Today’s Hits and R&B Now playlists, and he’s a frequent guest on Apple Music Radio shows.”

On receiving the award, Wizkid said: “Thank you for this award. It’s a blessing to get to do what I do, and I’m proud to be representing Africa.”

The Weeknd won Global Artist of the Year.

This year, a new category of awards for Regional Artist of the Year, recognising artists from five countries and regions: Africa, France, Germany, Japan and Russia was introduced.

The Regional Artist of the Year awards recognise artists who made the greatest impact culturally and on the charts in their respective countries and regions.