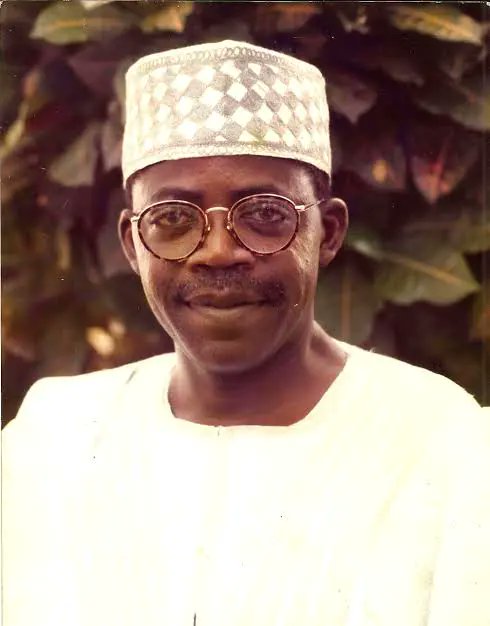 Tinubu, the presidential candidate of the ruling All Progressives Congress and former Lagos governor, has come under intense public ridicule and political onslaught for his role in an early 1990s drug trafficking case in Chicago.

Tinubu has not commented on the narcotics affair, which has made headlines since at least the mid-August, preferring instead to discuss other parts of his background in corporate accounting, consultancy and pro-democracy activism. He, however, informed the electoral office INEC in his application to stand for the election that he had no prior criminal convictions.

Tinubu’s allies have also made efforts to downplay the matter entirely as a trivial distraction to Nigeria’s democratic experience because it happened decades ago in a distant lang.

But Nigerians have insisted that the presidential candidate should come clean on his involvement in the case, which saw him forfeit up to $460,000 to the U.S. authorities in 1993.

The 56-page document released by the district court’s headquarters in Chicago did not include crucial new details, but it further confirmed snippets of the matter that had been shared spontaneously by the media for years. Journalist David Hundeyin also reignited interest in Mr Tinubu’s drug-dealing background following a July 13 article in West Africa Weekly.

The latest certified copies of the court case, obtained on August 10, showed Mr Tinubu and two others named K.O. Tinubu and Alhaji Mogati were involved in banking proceeds of illicit drugs and money laundering with Heritage Bank and Citibank. It was not immediately clear whether or not ‘Alhaji Mogati’ was a misspelling of Alhaja Abibatu Mogaji, Mr Tinubu’s foster mother, who passed on in 2013.

The U.S. government had in July 1993 sought forfeiture of proceeds of narcotics Mr Tinubu was accused of laundering. The matter was resolved in a compromise between the Tinubus and the U.S. authorities, with the Tinubus being asked to keep the money in the Heritage Bank account while the $460,000 in the Citibank account was forfeited.

A federal judge subsequently dismissed the matter with prejudice on September 21, 1993, which effectively foreclosed the matter from being litigated again by all parties. It, however, remained unclear whether or not Nigerian authorities could still bring charges against Mr Tinubu over the same case in Nigerian courts.

Kalu Agu, an Abuja-based lawyer with ties to opposition politics, has been among those seeking to hold Mr Tinubu to account over the matter. He petitioned the EFCC and NDLEA, Nigerian anti-graft and anti-narcotics departments, respectively, to probe

Tinubu’s involvement in the drug charges before the presidential elections in February.

In the November 8 petition, Kalu Agu gave both offices seven days to launch action against Tinubu or be compelled through a judicial order of mandamus, a process that involves ordering a public department to perform a public duty.

“It is our view that you have a historic duty to ensure that Senator Bola Ahmed Tinubu is called to account for his deeds in money laundering arising from his involvement in narcotics trafficking,” said Kalu from his think-tank Centre for Reform & Public.” 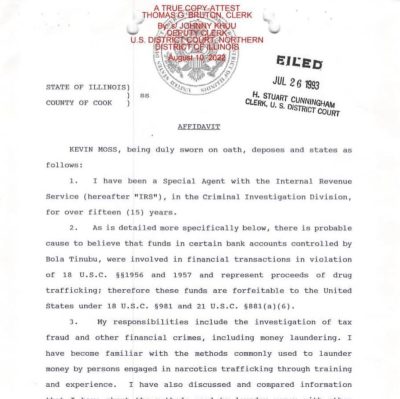 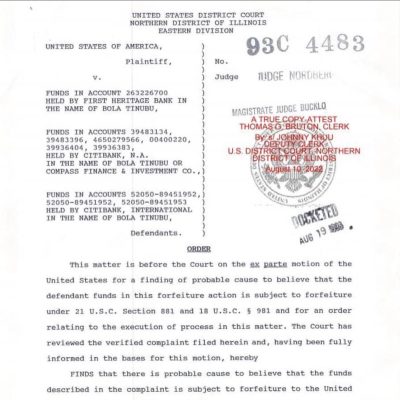 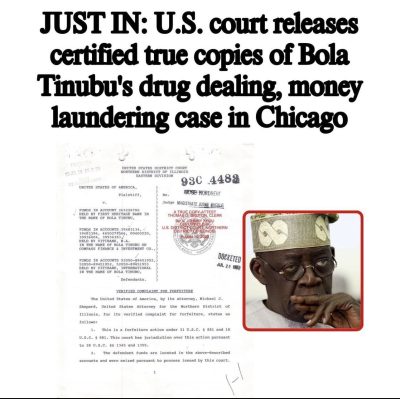