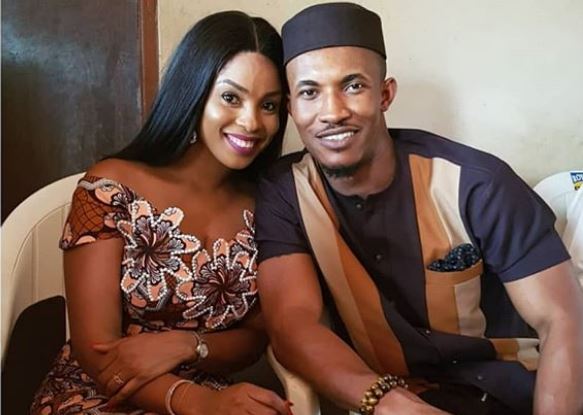 The once peaceful paradise of Nollywood actor, model and television presenter, Gideon Okeke and his wife, Chidera is alleged to be in crisis. The two

The once peaceful paradise of Nollywood actor, model and television presenter, Gideon Okeke and his wife, Chidera is alleged to be in crisis. The two year old marriage is alleged to be on the verge of collapse and fans are worried that the former love birds might soon head to the court to dissolve their union if care is not taken.

Gideon and Uduezue had their traditional marriage in 2018 which was followed by a fairy tale wedding that took place in 2019. They welcomed their first child, Ezra Okeke in 2019 while their second child was born in 2021.

Speculations about their troubled marriage started after the couple unfollowed each other on social media. The wife also yanked off her husbands’ name from all her social media platforms and she has been minding her business quietly. It was gathered that things have allegedly not been rosy for the actor who has been finding it difficult to meet up with his financial obligations in the home front. Movie roles have not been rolling in like before and his modeling career is allegedly also not doing so well.

His wife has been allegedly enduring the hardship and taking charge of some of the financial obligations in the family but it seems it is becoming overbearing for her too. The actor has been vocal on how film executives and producers have been impoverishing actors. He even wanted to quit acting at a point since roles were not coming as they used to be. He once bitterly lamented how a producer, Frank Rajah owed him half a million naira for three years.