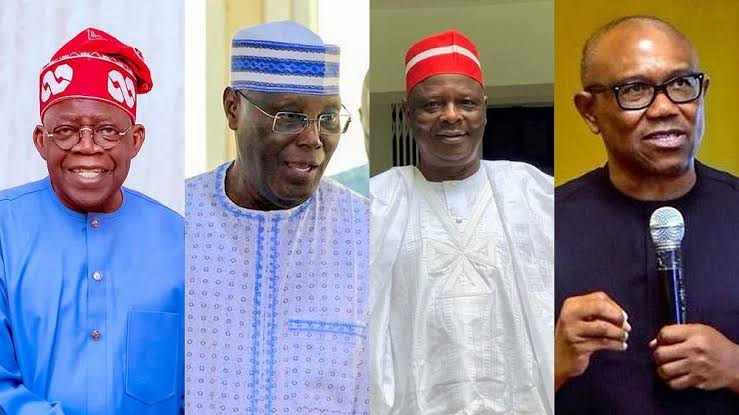 The presidential candidate of the All Progressives Congress, APC, Bola Tinubu and his counterpart in Peoples Democratic Party, PDP, Atiku Abubakar wer

PDP crisis: 10 takeaways from Wike’s explosive media chat
Atiku’s daughter-in-law, Fatima apologises for style of wedding dress
2023: The game has changed, you have nothing to offer – Adeyanju tells Atiku

The presidential candidate of the All Progressives Congress, APC, Bola Tinubu and his counterpart in Peoples Democratic Party, PDP, Atiku Abubakar were both missing at a presidential debate designed to enable aspirants to speak on their plans for Nigeria.

While Atiku was represented by his running mate, Delta State Governor, Ifeanyi Okowa, Tinubu did not send his deputy, Kashim Shettima to represent him.

Drama however ensued when Nigerians present at the debate rejected Okowa from speaking on behalf of his principal, Atiku.

Among some of the candidates of Nigeria’s 18 presidential candidates who were invited for the debate, a ‘presidential town hall’ organised by the Centre for Democracy and Development and Arise Television, only Peter Obi of the Labour Party; Rabiu Kwankwaso of the New Nigeria Peoples Party, (NNPP) and presidential candidate of the Peoples Redemption Party, Kola Abiola, attended the event in person.

The candidates were selected based on the performance of their parties in an online survey by the organisers during which all the 18 political parties were listed in alphabetical order.

“The result of this survey informed our decision to invite the highest four scoring parties – LP, APC, PDP and NNPP to the town hall,” the Director of the CDD, Idayat Hassan, said in a statement.