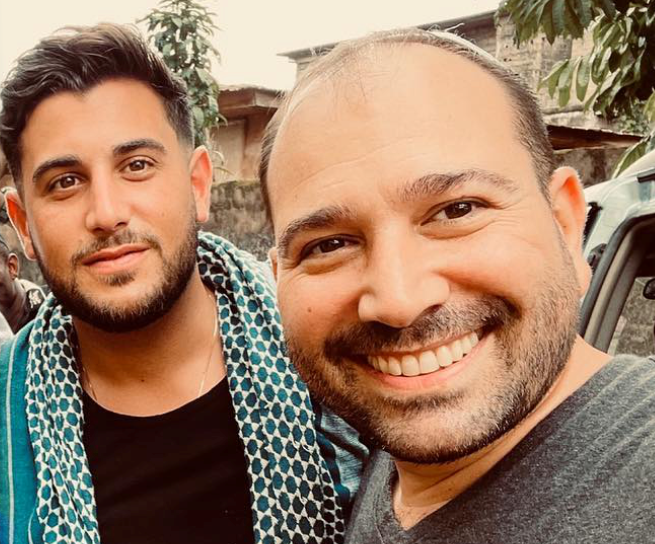 ”There is no stopping us,” says Israelis arrested in Nigeria and accused of supporting IPOB

Rudy Rochman, David Benaym, and Noam Leibman, the three Israelis arrested in Nigeria and detained for three weeks by the Department of State Service,

Rudy Rochman, David Benaym, and Noam Leibman, the three Israelis arrested in Nigeria and detained for three weeks by the Department of State Service, DSS,  over allegations they are supporting the Indigenous People Of Biafra, IPOB, have granted an interview after their release.

Rudy Rochman, who is a Zionist activist, and David Nenaym, a French-Israeli journalist, were arrested alongside filmmaker Noam Leibman in a Synagogue in Ogidi village, Anambra State, where they went to shoot a documentary titled, ‘We Were Never Lost’.

Following their arrest, they were taken to Abuja where they were interrogated and detained for three weeks before being allowed to return to Israel.

Back home in Tel Aviv, Israel, they granted an interview immediately upon arrival. They said they were happy to be freed after three weeks in detention but they will not stop telling the story of the Jewish life in Nigeria.

Rudy Rochman said during the interview: “We just went through 3 weeks in a cage locked up for no reason. We did nothing wrong. We just came there to show the stories of the Jewish life in Nigeria – the Igbos – and though we were not able to do our full project, we’re still not gonna stop and we’re still going to share the stories and showcase that they get recognition and that people understand who they are. But, obviously, we’re very tired and very happy to be back home.”

Noam, the third man detained by the DSS, later joined in on the interview and expressed regrets that they couldn’t complete the project that brought them to Nigeria. He added that though they couldn’t get it done now, “we’re not giving up for the future.”

The men said they made it clear via their social media account before their arrest that they were not affiliated to any secessionist movement, yet that didn’t stop their arrest.

They were arrested by about a dozen armed men in ski masks who told them they were just going to take them in for questioning for “30 minutes”. However, the men said they ended up keeping them all night and made them sleep on the floor.

“We ended up staying there the entire night and then the next morning, they wake us up from sleeping on the floor,” Rudy Rochman said, adding, “They stuff us back with black ski masks at gun point into cars and they took us 9 hour drive to Abuja, very dangerous drive, just swerving and speeding all over. And then we find ourselves 20 days, locked up in a cage over there.”

Rochamn alleged that due process was not followed and they were not officially arrested or accused, yet they were treated like criminals.

He said that they told the security operatives that since they were not under arrest, they should let them go but the men told them, “if you go, then we’ll stop you.”

Rochman added that they tried to leave a few times but “they jumped on us and threw us back into the cage.”