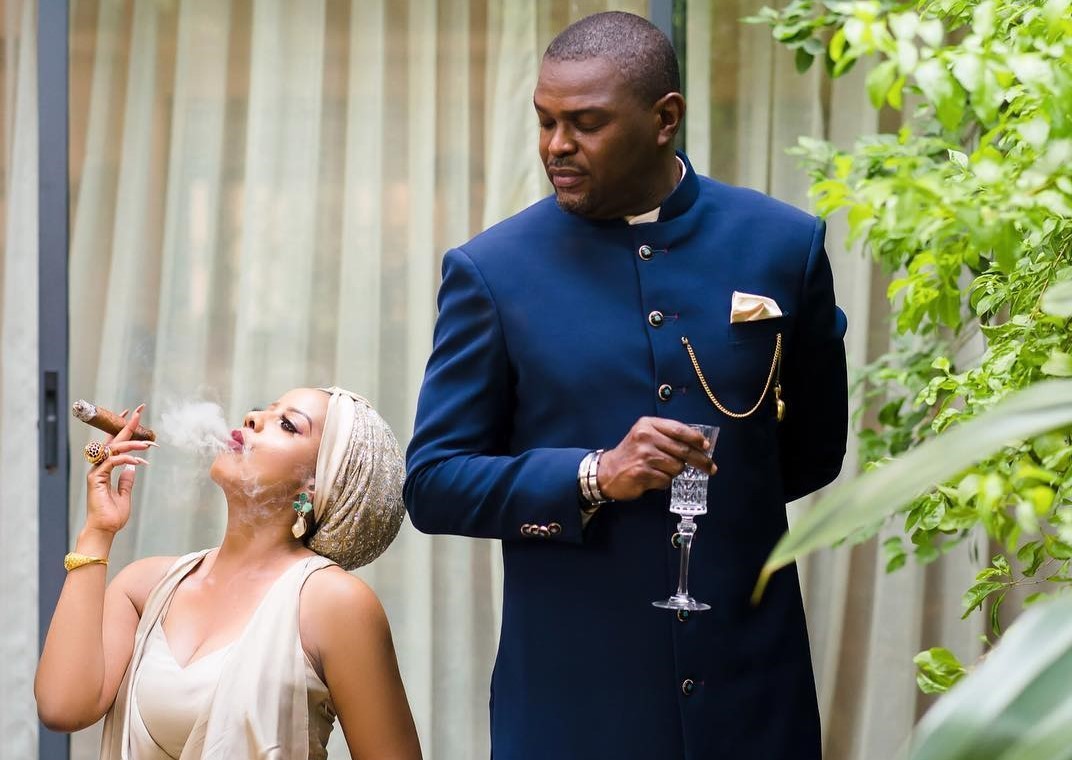 The fairy tale union between popular Lagos socialite, Sonnie Ayere and sultry looking Uche Ajene has ended. It's beyond sad that the marriage crumbled

The fairy tale union between popular Lagos socialite, Sonnie Ayere and sultry looking Uche Ajene has ended. It’s beyond sad that the marriage crumbled like a pack of badly arranged cards barely two years after they both tied the knot in a very classy wedding in May of 2019.

Sonnie for reasons best known to him, reportedly moved out of the swanky Ikoyi home he shared with Uche as soon as she left the country to seek medical treatment for her leg which was affected in an accident earlier in the year.
Whatever the issues were between them, Sonnie was obviously too cowardly to confront it head on while Uche was in the country, but waited she was out of the country before striking.

Many Nigerians who were rooting for a happily ever after for both of them would be beyond disappointed as their union which in hindsight now looks like a ‘social experiment’, was their second attempt at giving love a chance.

An investment guru, Sonnie who is the Chief Executive Officer of Dunn Loren Merrified, a leading investment firm, gave his first shot at marriage but somewhere along the line, got separated from his wife. He then got into a
sizzling relationship with Thisday Style editor, Ruth Osime and that further boosted his social profile as he was always seen by her side at most social events.

Many actually thought that Sonnie who looked like he was smitten with her, would make a honorable woman of her but the sleekness in Sonnie failed to be subdued as he ended things with Ruth after years of frolicking with her and
went back briefly into his wife’s arms. But that itself was short lived as the marriage soon packed up and Sonnie found a reason to give marriage a second chance, with Uche Ajene, or so many thought.

Uche who used to be the Managing Director of Quadrant MSL Nigeria before she left in 2019, now runs her own thing, Stephanie John, a Public Relations and Strategic Communications agency. She also runs My Girlfriend’s Closet, a fashion outlet in Ikoyi.

Like Sonnie, Uche was equally divorced on grounds of infidelity on her part and she must have thought that since they have both learnt lessons from their previous marriages, they would strive to make a success of their second
attempt. They even became live in lovers to further ‘understudy’ themselves.

But it is obvious now that it has ended, that the union was all a charade. Your guess is as good as mine as to who is having the last laugh at the moment.

So now, we patiently await their next conquests.

While they were together, both Sonnie and Uche shared six kids, three each from their previous marriages.