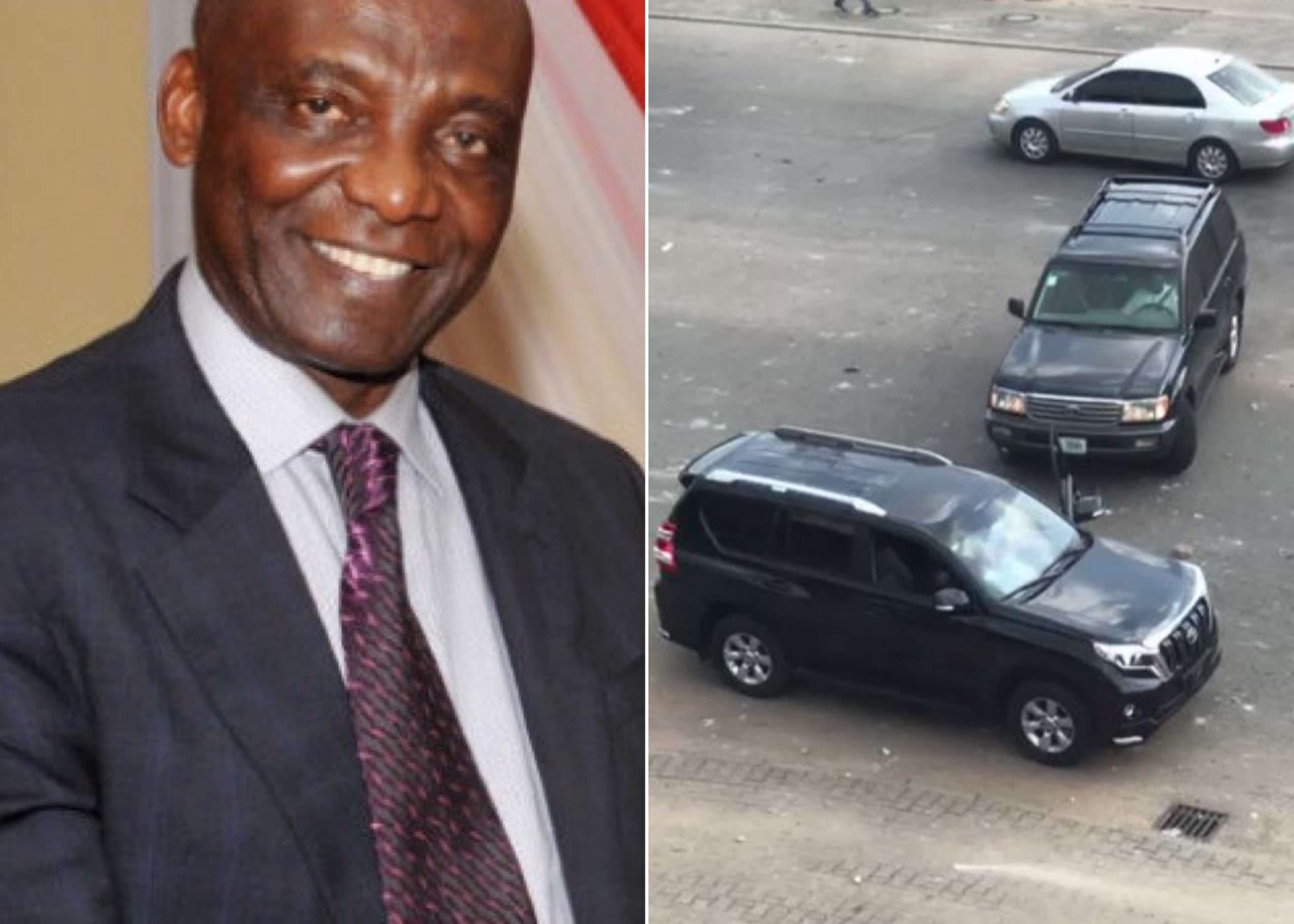 ‘I’m still looking for my son since 2011 after police arrested him’ – Man tells Edo panel
#EndSARS: Buhari appeals for calm, orders IGP to reform squad
FG will look into it — Sunday Dare on #EndSARS
Dennis Amachree, a former assistant director in the Department of State Services (DSS), says aide’s of an unnamed senator conveyed thugs to attack citizens protesting against police brutality in Abuja.
In a video that has since gone viral, men in black suits were seen in a sports utility vehicle (SUV) picking up hoodlums and taking them towards the protesters. The video was shot along Adetokunbo Ademola crescent in Wuse 2 in the federal capital territory (FCT). Many had believed that men were DSS officials.
Speaking on Sunrise Daily, a Channels Television programme, Amachree said the DSS headquarters confirmed to him that the men aiding the thugs were working for a senator.
“I don’t want to follow the style of the army where they said people can buy uniforms and wear them and come out. If you wear a dark suit and tie and drive a black SUV, many people would say that is the DSS but I actually inquired about that,” he said.

“I called the headquarters to find out. Those people were working for a particular senator. And if that is the case, I think they should (arrest them). If anybody tries to impersonate security personnel, he should be arrested immediately. Don’t allow it to happen and then you go ahead and then do inquiries or panels or whatever. I know a lot of people impersonating SSS, taking letters to different places have been arrested and they have been dealt with immediately. Those people you are referring to were not SSS officials.”

The DSS has since debunked the rumour that its operatives were the once seen in the viral video.
“Fact is that no staff of the DSS will engage in acts as the ones being peddled by these rumour mongers and hate speakers,” Peter Afunaya, spokesman of the secret police said.