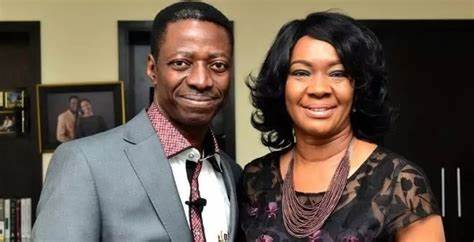 Pastor Sam Adeyemi and his wife, Nike, both founders of the Oregun, Lagos based popular pentecostal church, Daystar Christian Centre, have allegedly a

Pastor Sam Adeyemi and his wife, Nike, both founders of the Oregun, Lagos based popular pentecostal church, Daystar Christian Centre, have allegedly abandoned their church and their flock for two years and relocated to Canada.

Sam and his wife had travelled to Canada for a few weeks holiday in 2020 and while there, the Federal Government initiated a lockdown due to the Covid19 pandemic. Many of the church members assumed their general overseer probably got caught up in the panic of Covid19 and the lockdown. But when the lockdown got lifted and air travel returned, the Adeyemis did not return to Nigeria.

Months of absence turned to a year and now, it’s been two years and the couple is yet to set foot in Nigeria let alone mount the pulpit to preach. Adeyemi and his wife allegedly now shuttle between Canada and the US where their children where schooling before the abandonment happened.

Surprisingly, the clergy preaches to his congregation every Sunday via a pre recorded message that is played from a projector in the church. Although, there are pastors employed by his church to take charge and run programmes seamlessly, the continued absence of the Adeyemis’ hasn’t gone down well with members of the church who have been discussing the matter in hush hush tones.

One won’t be surprised if this becomes a trend among Pentecostal clergies. Just last year, Pastor Paul Adefarasin, the senior pastor of House on the Rock church told members  of his church that despite having faith like a Christian should, he also has a plan B. He had reiterated the power of technology and how he could harness it to speak to his congregation from anywhere in the world. “Get yourself a plan B,” he had said, while advising members of his church to have a plan b, an exit plan from Nigeria.