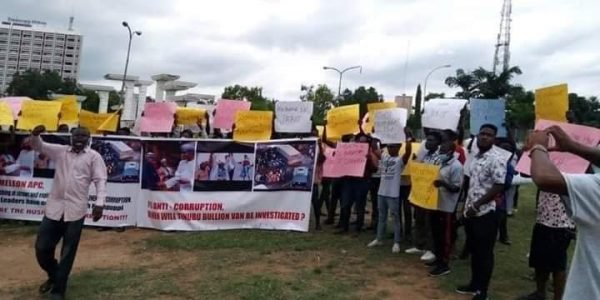 Some protesters took to the streets of Abuja on Tuesday to demand the arrest of Bola Tinubu, national leader of the All Progressives Congress (APC), o

Some protesters took to the streets of Abuja on Tuesday to demand the arrest of Bola Tinubu, national leader of the All Progressives Congress (APC), over two bullion vans believed to be conveying cash seen at his residence on the eve of the 2019 general election.

In February, 2019, viral pictures on social media showed the two bullion vans being driven into Tinubu’s residence, as many people looked on outside the premises. In response to the controversy generated by the incident, Tinubu said the bullion vans contained money belonging to him and not for the government.

Also in 2019, activist, Deji Adeyanju petitioned the Economic and Financial Crimes Commission over Tinubu’s election day bullion vans. Adeyanju’s decision was as a result of the EFCC daring social media activist, Segun Awosanya, aka Segalink, to write a petition against Tinubu if he felt it was wrong of the APC leader to have had two bullion vans at his Bourdillon, Ikoyi, Lagos home on the eve of the presidential and National Assembly elections.

The EFCC had been under fire on social media for failing to take action against Tinubu who admitted on live television that he, indeed, had money in the bullion vans which he would give to his supporters.

The EFCC is yet to act on the petition. 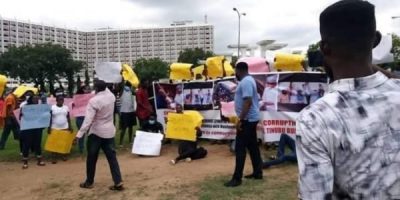