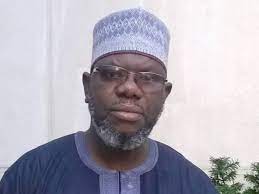 The Nigerian Supreme Council for Islamic Affairs (NSCIA) has described Isa Pantami, minister of communications and digital economy, as a man of peace

Presidency says CAMA not targeted at religious bodies as CAN insists it is against national interest
#EndSARS: CAN, Islamic council knock Adesina for blaming religious bodies
Adeboye and CAN’s protest against insecurity, street show – NSCIA

The Nigerian Supreme Council for Islamic Affairs (NSCIA) has described Isa Pantami, minister of communications and digital economy, as a man of peace and integrity.

There have been calls for the minister to resign over his past comments in support of terror groups like Al-Qaeda.

Although, the minister had since said he made those comments when he was younger and now his views have changed, some Nigerians have asked President Muhammadu Buhari to sack him.

Samuel Ayokunle, national president of the Christian Association of Nigeria (CAN), had also called for an investigation into the controversy surrounding the minister.

But Salisu Shehu, deputy secretary-general of NSCIA, in a statement, said those calling for the minister to be sanctioned, including CAN, were out for mischief.

He said the NSCIA could have also called on the government to arrest a prominent former minister who bailed Mohammed Yusuf, the late founder of Boko Haram, thrice.

“With all these very clear achievements on contributing to the development of Nigeria and indeed to nation-building and peace-making, it becomes really appalling that the National President of the Christian Association of Nigeria would join the ignoble band-wagon of the architects of mischief who peddle lies and fabrications against the Honourable Minister,” the statement reads.

“Forgetting the cordial relationship and mutual understanding and trust that exist between Christian and Muslim leaders in the Nigerian Inter-Religious Council (NIREC) and the painstaking efforts we are making to engender peaceful and harmonious co-existence amongst our followers, the President of CAN, obviously driven by prejudice, jumped into the frontline of the unreasonable ones, asking the DSS to go after Pantami.

“The National President of CAN needs to be reminded that the NSCIA has always exercised restraint on issues involving individual political office holders except when it becomes ultimately necessary like in the present case.

“If the NSCIA has been as prejudicious and as pathologically hateful, it would have asked the Nigerian Government in 2008 and 2009 to arrest and investigate a one-time prominent, active and vocal Christian Minister who at three different instances bailed the late leader of Boko Haram when the latter was arrested by the Nigerian security agents.

“In fact, it is pertinent here to ask the CAN National President that between Honourable Minister Pantami who engaged the leader of Boko Haram in debates against his wrong and misguided ideologies and that Christian Minister who bailed Muhammad Yusuf three times, who is it the country should rightly accuse of being a friend, supporter, or member of the extremist group – Boko Haram?”