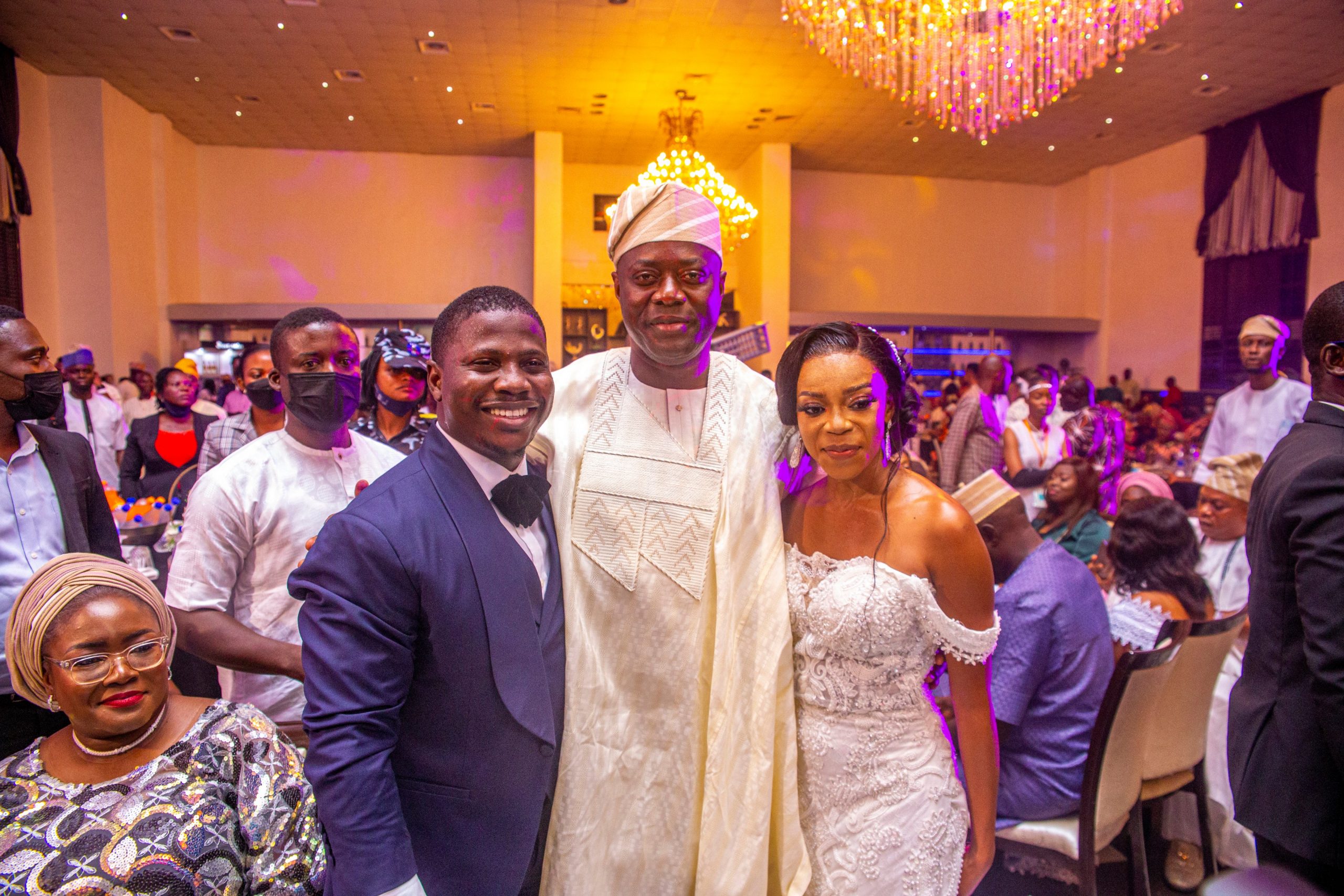 The youngest member of the Oyo State executive council, Seun Fakorede, ditched the bachelor’s club on Saturday May 22nd to marry his long time fia

The youngest member of the Oyo State executive council, Seun Fakorede, ditched the bachelor’s club on Saturday May 22nd to marry his long time fiancée, Chioma.

Present at the wedding ceremony was Governor Seyi Makinde alongside other members of the state executive council.

The governor, in a tweet on Saturday, wished the new couple a happy married life.

“The youngest member of our state’s Executive Council, @TheSeunFakorede got married this evening and we were there to celebrate with him. We wish Seun and Chioma a happy married life, love and lasting peace,” he wrote.

The soon to be 29-year old graduate of civil engineering degree from the Obafemi Awolowo University, Ile-Ife, hails from Idere area of Ibarapa Central LG. Fakorede once contested as the Students’ Union President in OAU but lost the election to Tayo Akande popularly known as TY.

He runs an entrepreneur and consultancy outfit, and a non-profit outfit, Home Advantage Africa (HAA) devoted to promoting local dominance and global stardom in Africa through digital storytelling and other projects of similar ilk.