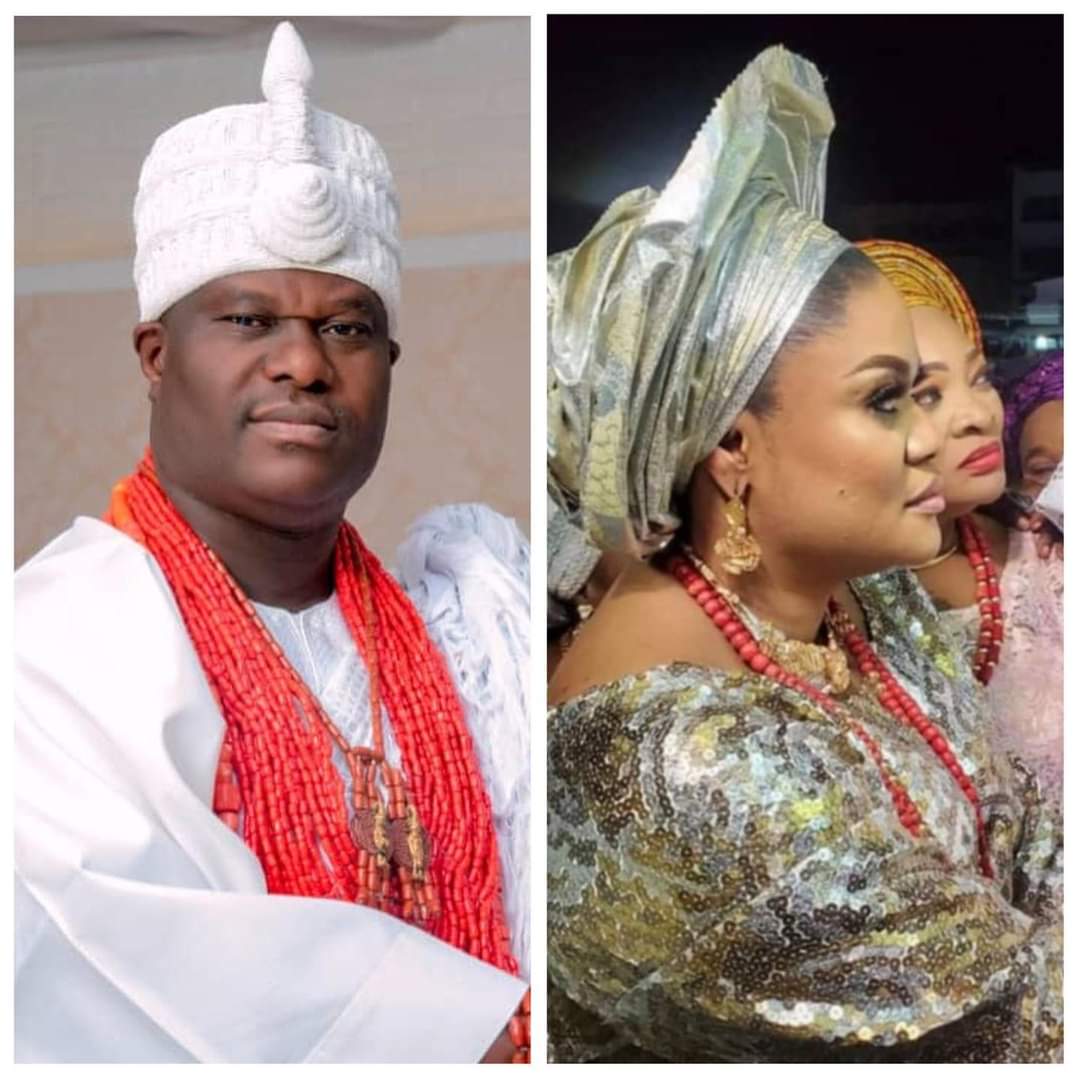 The Ooni of Ife, Oba Enitan Ogunwusi, Ojaja II, has married a new wife. Her name is Mariam Anako. The new bride was welcomed to his palace on Tu

Her name is Mariam Anako.

The new bride was welcomed to his palace on Tuesday evening and preparations are already in top gear to properly usher her in traditionally.

An introduction ceremony had earlier taken place about a month ago.

This will be the fourth wife that the Ooni will be getting married to.

Abdulsalam is an ally to two of Ooni of Ife‘s sisters, Folashade Ogunwusi Fadiro and Shola Ogunwusi.

This development is coming months after his third wife, Queen Naomi Silekunola quit her marriage and moved out of the palace.

The Ooni has never been immune to separation and divorce especially when it is no longer in his favour.

All three previous wives left him under circumstances not befitting a royal father. They all moved out of his life and home on their own accord without being sent packing.

While still a vibrant young man, Ogunwusi had an affair with a lady, Omolara Olatubosun. The relationship led to the birth of his first daughter, Adeola Aanuoluwapo Ogunwusi but he did not marry her.

His first wife, Adebukola Bombota, got married to him in 2008 but the marriage did not stand the test of time. They both went their separate ways not long after, though reasons were not stated for their separation.

After his first divorce, he didn’t make an attempt at marriage again until he became the Ooni in 2015.

In 2016, he married Wuraola Zaynab Otiti, a Benin lady but barely two years after, the marriage crashed. Infidelity and infertility on the part of the queen were cited as the reason for the collapse of the union.

Though Zaynab later denied the allegations, she didn’t state the reason she walked out of her union.

Barely a year after Zaynab left the palace, the king fell in love with Prophetess Naomi Silekunola. The preacher of the gospel married the king in 2018.

After they got married, many thought that would be the king’s last attempt at marriage but unfortunately, the marriage also crashed in December 2021 due to irrational attitude from the queen’s mother and brother who were over demanding and abusing the fact that they are in-laws to the king.

On his part, the king was said to have given less attention to his queen but prefers the company of his numerous mistresses in the palace. Naomi quit her marriage after having a son, Tadenikawo for the king.