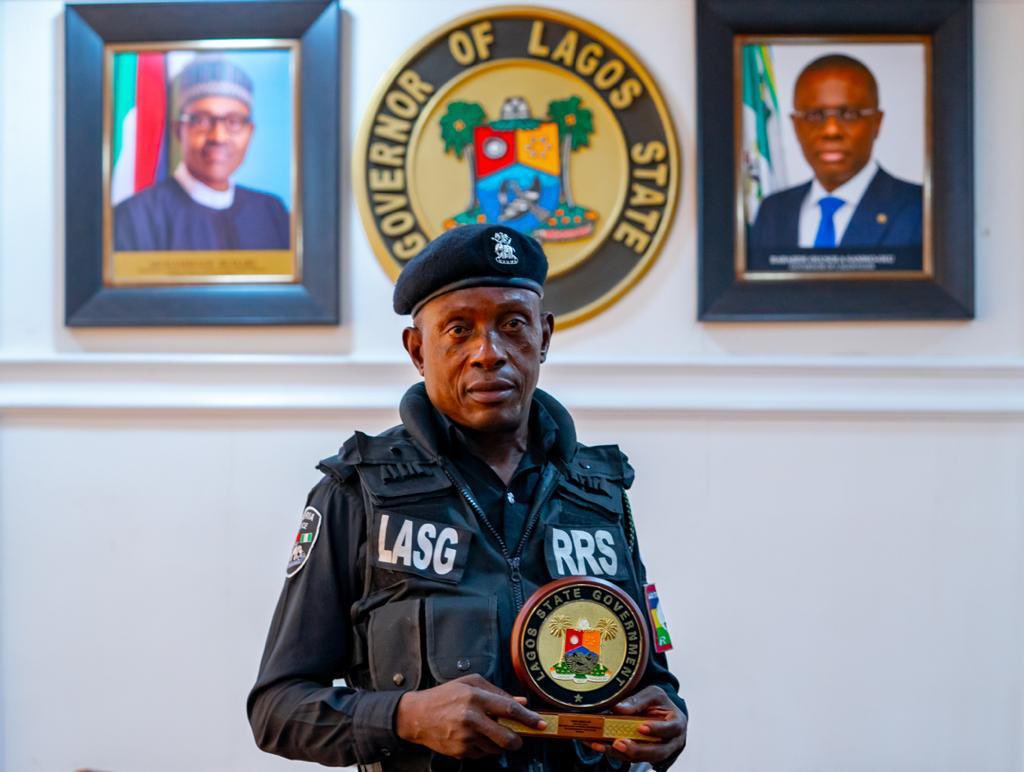 Nigerians on social media have raised about N500,000 to compensate an Assistant Superintendent of Police, Sunday Erhator for his professional conduct

Nigerians on social media have raised about N500,000 to compensate an Assistant Superintendent of Police, Sunday Erhator for his professional conduct and restrain when assaulted by a traffic offender, Victor Ebhomenyen, in the Oniru area of Lagos State.

33-year-old Ebhomenyen had on Saturday assaulted the policeman at Four Point Hotel in Oniru and inflicted severe body injuries on him, according to Police Public Relations Officer in the state, Muyiwa Adejobi.

In viral videos, Ebhomenyen and an accomplice, Etinosa Obaywana, who is now at large, were seen pushing the chest of Erhator and spewing expletives after the policeman and his colleagues attached to the Rapid Response Squad of the state command stopped a white Hyundai SUV, MUS 251 EH facing their convoy on one-way.

“When the police stopped the vehicle, the occupants, one Victor Ebhomenye and Etinosa Obaywana, angrily came down, confronted and violently assaulted ASP Erhator Sunday, inflicting severe bodily injuries on him. The Officer, who was armed with his official Ak 47 riffle, displayed a high level of professionalism amidst fierce provocations by resisting the temptation of using his rifle on the suspect.

“The prime suspect, Victor, is in the police custody at the State Criminal Investigation Department Panti, for investigation and prosecution as and when due, while effort is on to arrest his fleeing accomplice, Etinosa, who has been identified,” Adejobi said in a statement.

The PPRO also added that the vehicle has been impounded and taken to the Lagos State Taskforce Office, Oshodi, according to the provisions of the Lagos State Transport Sector Reform Law, 2018.

The police spokesman in the state also said the Commissioner of Police, Lagos State, CP Hakeem Odumosu, commended the police personnel for their act of maturity, self control, perseverance and professionalism and urged other police personnel in the command to emulate them.

Some Nigerians on social media have started a donation fund for the officer for maintaining calm in the face of assault. The donation was started on Sunday by a Facebook user, Ugo Egbujo. According to Egbujo, “Many of us have indicated interest to bless that police officer. The idea is to support ethical policing. The idea is to encourage responsible policing. We will give ourselves 48hrs. No amount is too small. It’s a show of support.”

Over N450,000 has been received in cash donation as of the time of filing this report. The donation is expected to end on Tuesday while the money is expected to be given to Erhator by Wednesday afternoon.

Many have also commended the professional conduct of the officer. A Facebook user, Ope Ajomo, wrote, “Wow this is impressive! The officer kept his cool all through the provocation. This officer deserves an award. I must confess that I have never seen a calm policeman under this type of situation. This officer may one day be the IG of police. This is commendable.”

Meanwhile, the Lagos State Governor, Babajide Sanwo-Olu, has met with Erhator on Monday at the Lagos Governor Office in Alausa for a “Governorship Handshake”. The governor also applauded the police officer for his “show of patience, decorum and what is expected of a police officer” in the face of provocation and urged other officers to emulate him.

The policeman was then presented a state plaque as a mark of honour and prestige to appreciate his commitment to promoting core values of modern policing and protection of fundamental human rights.

FLASH: Governor of Lagos State, Mr @jidesanwoolu this afternoon, met @rrslagos767 Officer, ASP Erhator Sunday, who was assaulted by one Victor Ebhomenyen and his friend after driving against traffic at Oniru, Ikoyi few days ago, in a viral video. @gbenga_omo @Prince_Muyen pic.twitter.com/OkUqfRgfAP