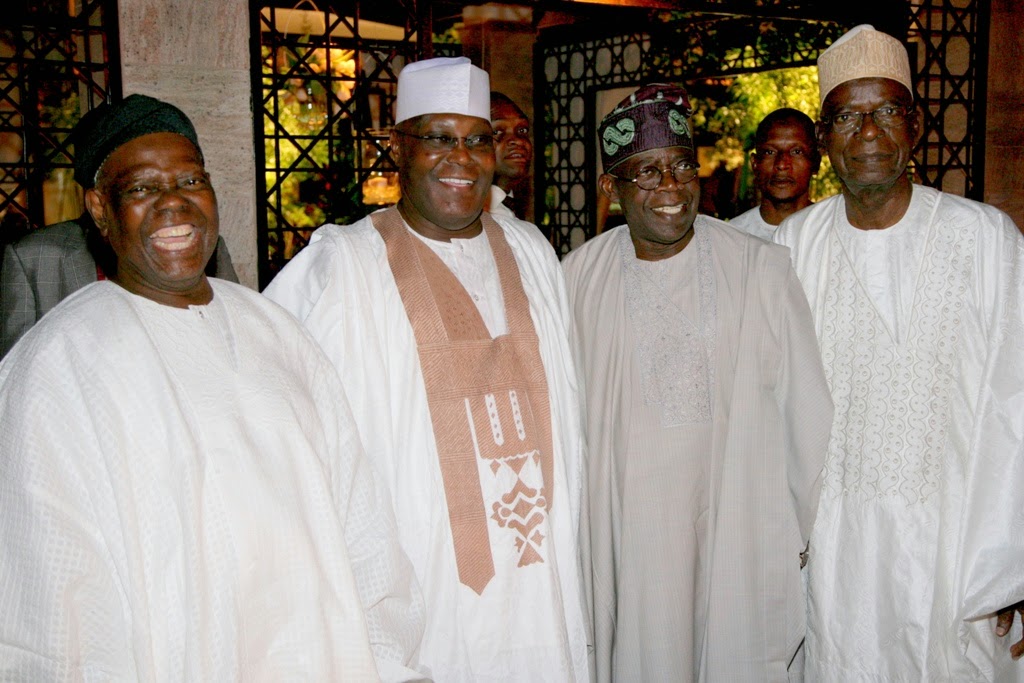 Two of the leading presidential candidates, Bola Tinubu of the All Progressives Congress (APC) and Atiku Abubakar of the Peoples Democratic Party  (

Two of the leading presidential candidates, Bola Tinubu of the All Progressives Congress (APC) and Atiku Abubakar of the Peoples Democratic Party  (PDP), have been enmeshed in a public spat on Muslim-Muslim presidential ticket.

Tinubu’s decision to choose a Muslim as his running mate was criticised by Atiku, who said the issue has been his “fundamental disagreement” with the APC flag bearer since 2007.

The PDP presidential candidate said Tinubu wanted to be his running mate in 2007 on the platform of Action Congress (AC).

“Tinubu wanted to be my running mate when I was given the ACN presidential ticket in 2007, but I disagreed. And because of that, he switched his support to the late Umar Yaradua. That was the parting point.,” Atiku had said.

Responding to Atiku’s comment, Tinubu described the PDP candidate as a pathological liar, saying he offered him the vice-presidential ticket.

But in his autobiography titled: My Participations, Bisi Akande, former interim chairman of the APC, wrote about the intrigues behind the scenes during the search for AC’s vice-presidential candidate in 2007.

The book, unveiled in December 2021, shed light on how Atiku opposed the nomination of Tinubu, former Lagos governor, as his running mate.

In 2007, Akande, a former Osun governor, was the national chairman of AC, to which Atiku and Tinubu belonged.

During the build-up to the 2007 presidential election, Atiku pitched his political tent with Tinubu and AC, after he left PDP owing to the conflict with former President Olusegun Obasanjo. The former vice-president later won the AC presidential ticket.

In Chapter 35 of his book, Akande said some party chieftains had a meeting with Atiku on the nomination of his running mate. Akande said the meeting ended deadlocked and Atiku went ahead to nominate Ben Obi as the vice-presidential candidate.

“It was the second time Tinubu was tantalisingly close to the VP slot. In 2007, we formed a party, the AC with Abubakar Atiku,” Akande wrote.

“I told him I could not sign a blank form and that I, as the chairman, must know the name that would be filled in it. The young man, Bashir Yusuf Ibrahim, must have been the organising right-hand man of Atiku. He was an active person from Kano. The following morning he came again with Lawan Kaita. Kaita begged me and said it was Ben Obi’s whom Atiku had chosen as his running mate behind our back.

“So, I signed the form because I believed, as the candidate, Atiku had the right to choose his running-mate. If I refused to sign, that would create a crisis. We believed that Atiku should have chosen his running mate from the AD even if he was no longer favourably disposed to Tinubu.

“With Atiku, the party would be strong in the North, but because of the preponderance of PDP in the South-East and the South-South, it would face more resistance in that area. Obasanjo was stepping down from the presidency. Therefore, the Yoruba, even the few that benefited from his arrogant rule, would no longer be obliged to vote for the PDP.

“Segun Osoba, Niyi Adebayo and Lam Adesina had earlier met Atiku and we proposed to him our choice of Tinubu, and he promised to come back to us. He gave us a date. On that date, we all assembled. Atiku came with Audu Ogbe, Tom Ikimi and Usman Bugaje.

“We proposed that Tinubu should be the running mate, though Tinubu was not at the meeting. Atiku would not give us an immediate answer. He said he wanted to have more consultations. Ikimi, Ogbe and others were all very strong against Tinubu, because they said it would mean a Muslim-Muslim ticket. We deadlocked over that. Atiku never said anything.”

The former Osun governor said Tinubu was considered worthy of being the VP candidate because he had invested his “energy and resources” in the creation of AC.

“We left the meeting. What prompted us was that anytime we said we needed money, Atiku would say Bola please help us. Bola was the only one spending the money among us. The rest of us were poor,” he said.

“Tinubu also put all his energy and resources into the formation of the AC and we felt he deserved a spot on the ticket. We discussed with Bola on this and he said we should discuss with Atiku.

“It was after we were deadlocked that they brought me the blank form. So, Atiku ran with Obi and failed. Only Lagos State from South West voted for Atiku in all the states of Nigeria.”