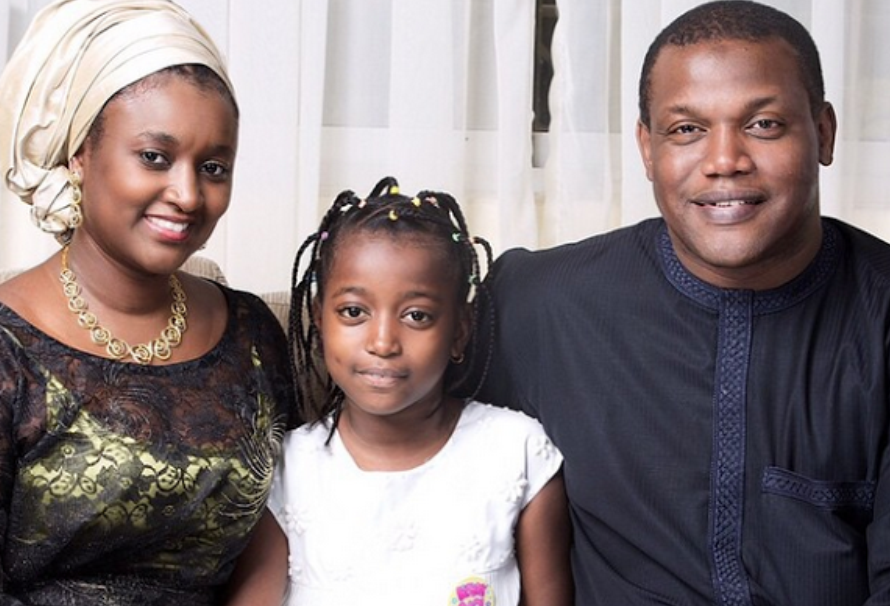 Mohammed Babangida, the first son of former military head of state, Ibrahim Badamasi Babangida and Rahma Indimi, his estranged wife are back together

Mohammed Babangida, the first son of former military head of state, Ibrahim Badamasi Babangida and Rahma Indimi, his estranged wife are back together as husband and wife after many years of separation.

The beautiful mother of four posted a recent picture of herself, her husband and grown up children on social media and appreciated the fact that she has reconciled with her family after so many years apart. Indimi thanked her husband for the efforts he made at ensuring they were re-united and for making himself available to listen to her demands as he caters for her needs.

Sources disclosed that, Mohammed’s elder sister, Aisha who has suffered two failed marriages brokered peace between her brother and his estranged wife. She was determined to save the reputation of her family as she didn’t enjoy a blissful union herself. The couple’s estrangement started when Mohammed went back to his old flame, Umma Wali who eventually had to move out of her matrimonial home when the rivalry and war of supremacy between her and her co-wife was too much to bear. Feeling slighted, Rahma also moved out taking their four children with her, a development that didn’t go down well with Mohammed and thus began a long custody battle in 2016.

The court case dragged on for about five years as they were moving from one court to the other. Indimi took her estranged husband to seven courts and  wrote petitions to the Presidency, Inspector General of Police, National Human Rights Commission, Sultan of Sokoto, where she alleged numerous acts of abuse of power and privileges by her ex-husband.

However, in 2021, Indimi won the court case and custody of her children. The estranged lovers who were not on talking terms as a result of the custody battle squashed their beef and started co-parenting their children in 2021.

To prove that she no longer holds any grudge against him, she wished him a happy birthday on her social media when he clocked 48. Many who saw her post thought the two had gotten back together as husband and wife. But that wasn’t the case. Rahma was even rumoured to be in another relationship then but nothing much was heard about her mystery man. Recall that Rahma and Mohammed had their elaborate wedding in 2004.