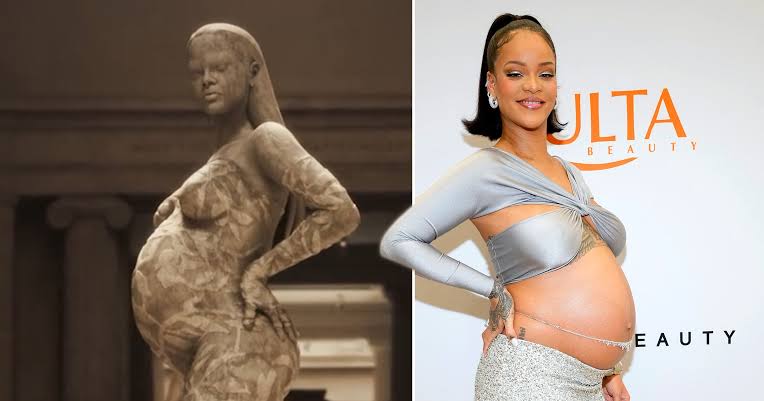 The Metropolitan Museum of Art yesterday used the opportunity of the Met Gala to pay a historic tribute to Rihanna with a sculpture of her pregnant self.

The elegant statue which is made of marble, is accentuated with bold snimal print.
The historic tribute to the soon-to-be-mommy is the exact replica of her May 2022 Vogue magazine cover.
The statue was shown in a video shared on Vogue’s Instagram account.
Alongside the video, the caption read, ”The statue of ‘Eirene (The Personification of Peace)’ is usually the highest-profile marble goddess @themetmuseum Greco-Roman galleries. But now we’ve got @badgalriri, straight off this month’s Vogue cover.”
Rihanna who was noticeably absent at the 2022 edition of the fashion event due to her pregnancy took to Twitter to thank the Museum with the caption, “Shut down the met in marble! what’s more gilded than that? Lol! Thank you @metmuseum and @voguemagazine for this historic tribute! y’all bad for this one!”
The 33-year-old is a regular Met Gala guest and attended the event last year with A$AP for the first time. 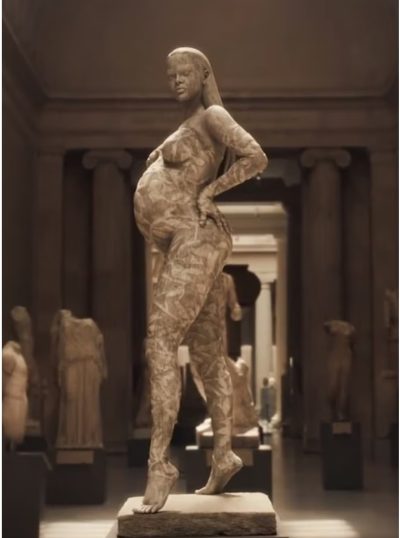 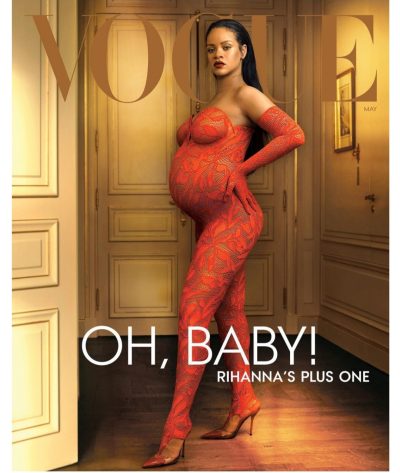 Rihanna who is in her third trimester in a recent interview revealed that she’s completely focused on embracing motherhood and bringing her baby into the world.
The musician and fashion icon added that balancing things have always been a challenge for her.
Metropolitan Museum of Art colloquially “the Met”, is the largest art museum in the Western Hemisphere. Its permanent collection contains over two million works, divided among 17 curatorial departments.
The Museum hosts celebrities once every year to the biggest fashion event known as the Met Gala, accompanied with a theme. This year’s theme, ‘Gilded Glamour,’ is a concept that leaves plenty of room for interpretation and pulls inspiration from New York’s Gilded Age, when excess and grandiosity defined both the decades and the fashion.
The Met Gala, or Met Ball, formally called the Costume Institute Gala or the Costume Institute Benefit, is an annual fundraising gala held for the benefit of the Metropolitan Museum of Art’s Costume Institute in New York City
Buzz 2057 Entertainment 618 Fashion News 414 MET Gala 3 Rihanna 4 Vogue magazine 1