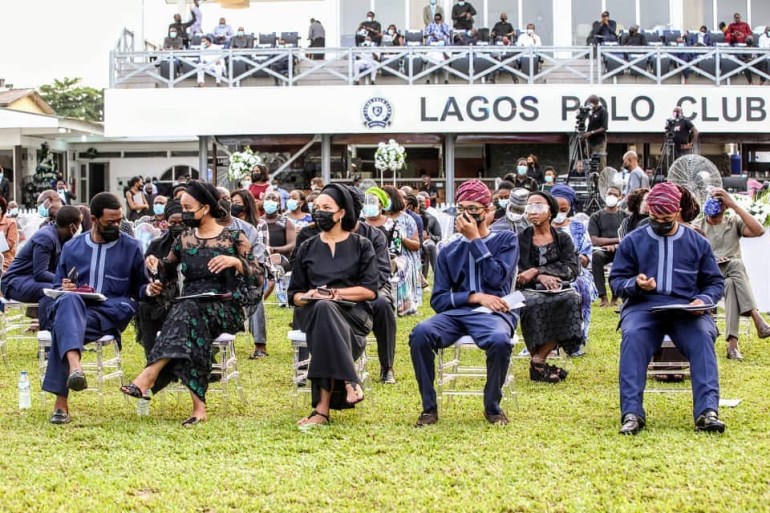 Being the polo buff that he was during his lifetime, the management of Ikoyi Polo club of which he was an active member till his last breath, thought

Being the polo buff that he was during his lifetime, the management of Ikoyi Polo club of which he was an active member till his last breath, thought it the right thing to do, to give the late Adedapo Ojora, a befitting farewell with a parade featuring a line up of members of the club, most of who are silverspoon kids like him.

And this the club succeeded to do on Thursday December 17th as friends, colleagues and well wishers honoured Dapo one last time with a service of songs on the grounds of one of the places he is most happiest at, the main field of the Lagos Polo Club.

Dapo who had a reputation for being a very strong polo player was known to have won several trophies via his Lagos Agad team, of the Lagos Polo Club, until age forced him to remain on the sidelines as a permanent feature of the commentary box. And to say that he was a delight to listen to from the commentary box during polo tournaments, would be an understatement. He was also a Pony Welfare Officer of the club at some point.

Besides members of the Polo club, others who were present at the service of songs were his friends and family members some of who includes the former senate president, Bukola Saraki and his wife, Toyin Saraki nee Ojora who is the late Dapo’s younger sister.
Also present at the service of songs was his estranged wife, Patricia and her children with him.

And today, Friday, December 18th, his funeral service would hold at The Cathedral Church of Christ, Marina, Lagos at 11 am.

Due to the Covid-19 pandemic, the service would be live streamed on Youtube as only very few family members and friends would be in attendance with full Covid-19 protocols activated.
Interment would be held after the service at an undisclosed location.
Recall that The Street Journal had broken the news of Dapo’s death. The very vibrant and jovial socialite died on Friday December 11th by suicide by shooting himself in the head.
The Lagos Police Command had begun investigation into his death and subsequently made some arrests of his personal staff. Almost a week after, they are yet to make the findings of their investigations public. 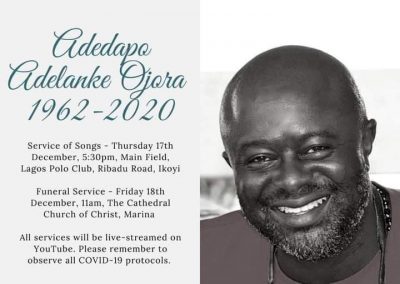