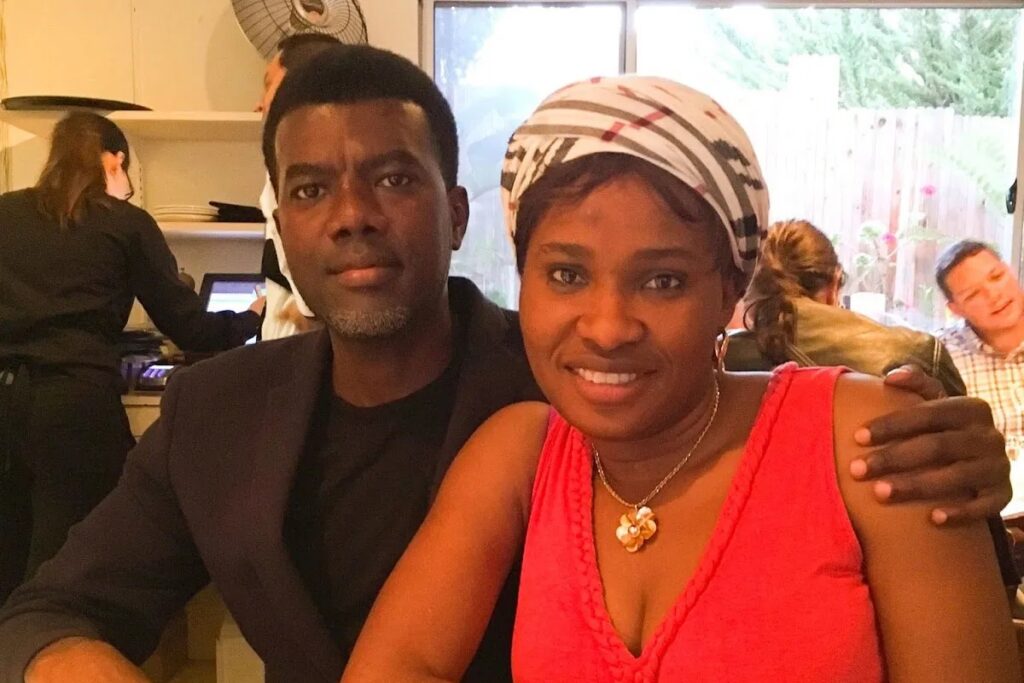 I am not the mother of Reno Omokri’s 4th child, says Mrs Omokri

About three months ago, former presidential aide, Reno Omokri had announced that he had welcomed a baby girl, his fourth child with his wife, thus eli

Rivers Hotel demolition: Omokri knocks Ezekwesili for double standards
Toke Makinwa calls out Reno Omokri over comment on divorced women
The satanic trinity of El-Rufai, his son, and his wife

About three months ago, former presidential aide, Reno Omokri had announced that he had welcomed a baby girl, his fourth child with his wife, thus eliciting congratulatory messages from his followers on social media.

Then about two weeks ago, a daily newspaper had congratulated him on the dedication of the baby whom he named after his former boss, Goodluck Ebele Jonathan.

They had used a photograph Reno Omokri provided in their congratulatory message to him which Reno reposted on his social media page, thanking the newspaper for their kind gesture. In thanking them, he deliberately refused to mention the name of his supposed ‘wife’ in his post. Besides, the woman in the said photograph with him is shockingly not his wife.

According to TheWill newspaper, the woman in the photograph is called Hana and she is obviously not his wife. The paper reports that Reno, who claims to be a pastor/preacher wasn’t being truthful and has been outrightly deceitful. His rightful wife whom he married in Nigeria in both traditional and Church marriage ceremonies before their relocation to the United States, is Tuokpe Omokri nee Onuwaje, a school teacher in the city of Antioch, a small town in northern California, where they also live.

Apparently, Reno abandoned Tuokpe for over two years for reasons best known to him. They lived as man and wife in California with their three children. Reno, who recently initiated #harassbuharioutoflondon, was only able to do so conveniently because he absconded to London where his new partner lives, contrary to his narration of flying out to London from California for the cause.

He has allegedly refused to contribute to the upkeep of his family, one of whom is a special needs child. This is beyond absurdity for a man who claims to have single-handedly built an orphanage in Edo State and is always quick to donate money to other people in need. Even the Holy Bible, to which he often makes reference, describes a man who is unable to cater for his family as worse than an infidel.

A control freak, Reno who is never short of opinion on virtually every subject on earth and everyone, allegedly subjected his estranged wife to emotional abuse for the better part of the 14 years they lived together.

While Reno Omokri has since denied the allegation, attributing it to the handiwork of the ruling party, who he criticizes daily, his wife is insisting that everything said about Reno is nothing but the truth.

Tuokpe Omokri, confirmed that she is not the mother of the baby her husband announced as their fourth child recently.

Mrs. Omokri while reiterating that she and Reno Omokri are still legally married, having contracted their marriage traditionally and in church, she however denied being the mother of his fourth child.

Reproduced below is an excerpt from an interview with the paper;

THEWILL: Did you and Reno just have a fourth child together?