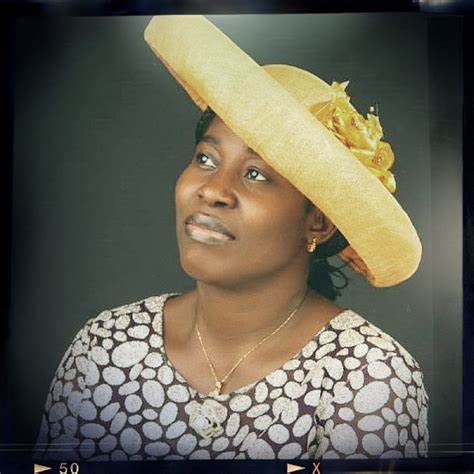 Caroline Madu, the mother of late gospel singer, Osinachi Nwachukwu, on Monday told the Abuja High Court that she and her other children were never al

Caroline Madu, the mother of late gospel singer, Osinachi Nwachukwu, on Monday told the Abuja High Court that she and her other children were never allowed to visit the late singer, except on one occasion when she was ill.

The 61-year-old resident of Enugu, while being led in evidence by the prosecution counsel, Aderonke Imana, as a chief witness through an interpreter, appealed to the court to aid her in getting justice for her daughter’s death.

“I visited my daughter when I was sick and when we went to the church, Peter left my daughter and I stranded in church while he drove away with the children. Peter called me a witch, sent me out of his house, and it was a man from Delta State that accommodated me,” she recounted.

According to Mrs Madu, she last saw her late daughter in December when she graced a programme in Enugu.

She explained that the singer had once left her matrimonial home over ill-treatment by her embattled husband, who soon came after a year and four months to beg Osinachi to return home.

“However, after she returned and gave birth to her third child, she called me that she was hungry, and I had to send my son Chibuzor with foodstuff to her in Abuja. My son after four days called me that he was no longer comfortable as Peter poured water on him and told him never to help in washing his children’s clothes and poured water on Osinachi and her new baby when she was praying,” she testified.

When asked why she never visited her daughter when she put to bed in line with Igbo culture, the defence counsel, I.A Aliyu, objected to the question and said it was a leading question.

Imana, in response, submitted that Section 7 of the Evidence Act stated that the law stipulated that she could ask questions geared towards areas that would bring out facts leading to the charge against the defendant.

On her part, the judge, Njideka Nwosu- Iheme, sustained the objection and said that though Section 215 of the Evidence Act allowed questions geared towards areas that would bring out facts, not questions that would elicit expected responses. Nwosu-Iheme therefore restrained the prosecutor from asking direct questions.

During cross-examination, Aliyu asked Mrs Madu if she was aware that her daughter had other health challenges besides the ulcer that she told the court. Mrs Madu replied in the negative, and she said she was aware that the police investigated the matter but did not know the outcome.

When Imana attempted to re-examine Mrs Madu, Aliyu objected and said there was no ambiguity in the question she was trying to ask.

The court, at this point, discharged the witness and called the next witness, Favour, the deceased’s sister, as the second prosecution witness.

In Monday’s proceeding, other family members of the deceased singer were in court.

The police arrested Osinachi’s husband following her death on April 8 and widespread allegations by their children, family and colleagues that he battered her.