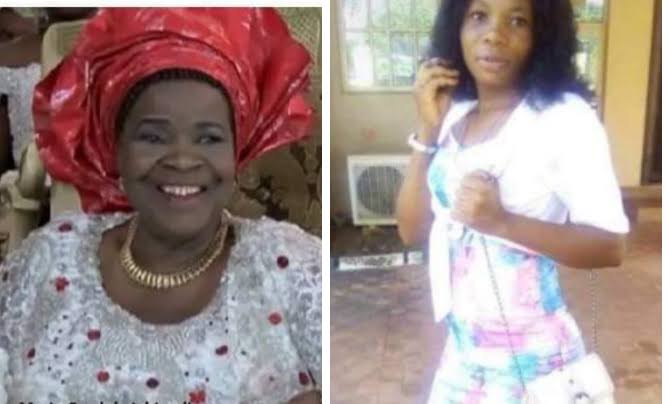 An Edo State High court has ordered a maid, Dominion Okoro to die by hanging for killing Madam Maria Oredola Igbinedion, mother of former Governor of

The 25-year-old convict murdered the deceased who she worked for with a stool with intent to rob her of the sum of N100, 000 (One Hundred Thousand Naira) on the 1st of December 2021 at her residence in Ugbor Community, Oredo Local Government Area of Edo State.

The trial Judge, Justice Efe Ikponmwoba who gave the verdict on Monday, held that the convict, after also used cotton wool to stoke the nose of the deceased and thereafter, called a cab man to escape from the house early the following morning.

The convict confessed to the police that she bought Indian hemp which she uses in preparing meal for her boss in order to weaken and kill her without a struggle, according to the court.

The judge, therefore held that the evidence of the Pathologist on the cause of death, evidence of other Prosecution witnesses in addition to the convict’s confessional statement, it was safe for the court to send the convict to the gallows.

On the case of Patience Okoro, elder sister of the convict in the case, the Court noted that the only evidence linking her with the case was that Dominion called her to inform her after committing the act.

Patience, was discharged and acquitted of the charge of offence of accessory after murder, accordingly.