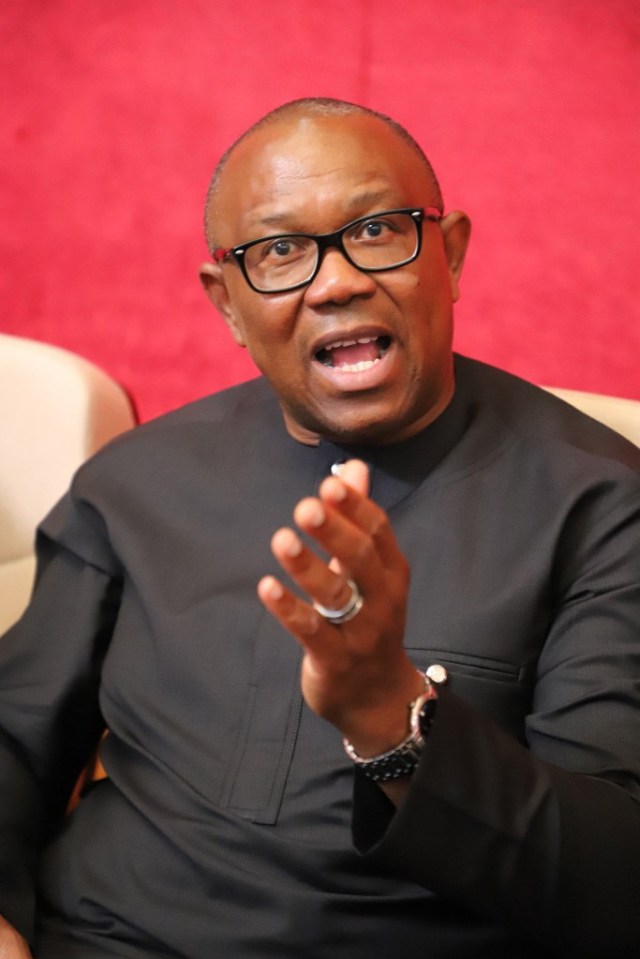 Labour Party’s presidential candidate Peter Obi has slammed politicians ruling Nigeria, describing them as “the worst leading.” “This is the only c

Abusing Buhari could put Nigeria in trouble – Lai Mohammed
Buhari blames middlemen, traders for high food prices
Just in: Buhari snubs reps, fails to address joint session of NASS
Labour Party’s presidential candidate Peter Obi has slammed politicians ruling Nigeria, describing them as “the worst leading.”
“This is the only country where the worst is leading. I was a trader and gradually entered into politics. When you take far more than you need, you are sick,” stated Obi at a conference organised by the Revival House of International Church (RHOGIC), Abuja, on Sunday.
“If we get young people with the competence and capacity to be there, things will change.”

Obi had spoken about the looting spree recorded under President Muhammadu Buhari’s regime. Vice President Yemi Osinbajo, while unsuccessfully contesting to be ruling APC presidential candidate, had vowed to continue with his principal’s legacy.

Last October, The Economist said Nigeria under Buhari had become a crime scene of destructive magnitude in Africa.

“When violence erupts, the government does nothing or cracks heads almost indiscriminately,” the paper said.

It also lamented how Buhari worsened the country’s economy, plunging millions into poverty.

“Economic troubles are compounded by a government that is inept and heavy-handed,” the paper said in its October 23 issue.

“How do you explain that one person took N80 billion? It is not greed; it is sickness,” said Obi.

The former Anambra governor urged Nigerians to take charge of the county from political leaders he described as lunatics.

“We can’t allow this gangsterism to continue. Nigerians should take back their country. Seventy per cent of those who are in politics today should not have any reason to be there. I have said it, politics in Nigeria is a case where lunatics have taken over the asylum,” Obi said.