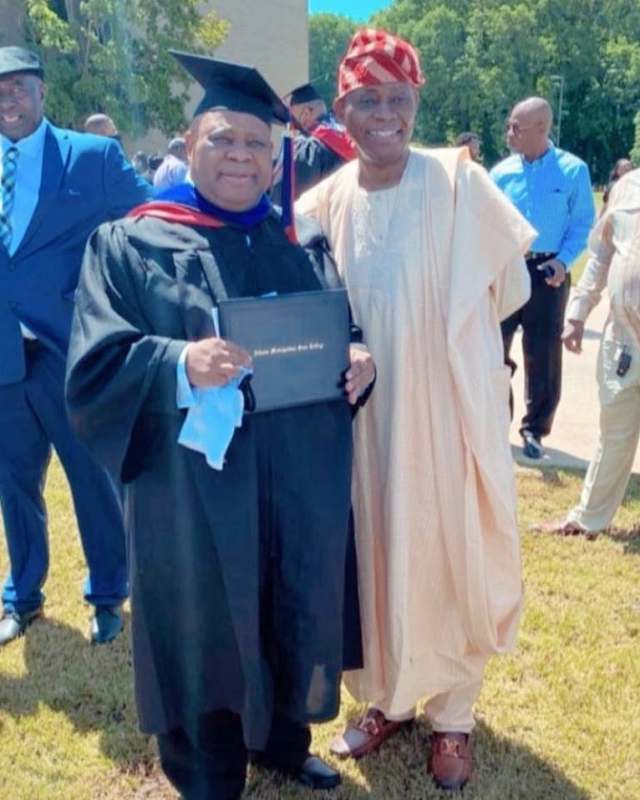 Guber ambition forces Adeleke to bag degree from US college

Senator Ademola Adeleke who has been away for a while, leaving many to wonder at what had become of him,is now a fully certified graduate. Fondly r

Passenger dies after coughing at checkpoint in Osun/Oyo boundary
Our DJ, four other others killed – Osun #EndSARS protesters
COVID-19: Total nos of cases soars to 151 as Osun records 14 cases

Senator Ademola Adeleke who has been away for a while, leaving many to wonder at what had become of him,is now a fully certified graduate.

Fondly referred to as the dancing senator, Adeleke on Friday May 7th, graduated from the Atlanta Metropolitan State College, United States of America with a degree in criminal justice.

Adeleke, a former senator who represented Osun west senatorial district at the National Assembly between 2017 and 2018, was also the gubernatorial candidate of the Peoples Democratic Party (PDP) in 2018, but lost at the polls to the incumbent, Gboyega Oyetola of the All Progressives Congress.

Adeleke has however maintained that he is the rightful winner of the election which was rigged in favour of his opponent.

At the height of his tussle to reclaim his ‘mandate’, his educational qualification was called to question.

He was reported to have registered for GCE O’ Level in 1981 but had F9 in English Language and was recorded absent for other subjects. A check was also done on his result with the West African Examination Council’s website to verify his O’ level result using examination number 19645/149 as circulated, but the site replied, “result not available for this candidate in the specified year and exams diet”.

His profile on the National Assembly website, also claimed he bagged a Diploma in Criminology from Jacksonville State University (JSU) and graduated in 1986.

This claim was, however, punctured by Buffy Lockette, the Director of Public Relations at the university, in response to a mailed enquiry, sent by ICIR.

The senator indeed enrolled at the tertiary institution, but he was not awarded any degree.

After challenging the election result to the Supreme Court and losing, Adeleke left Nigeria to pursue ‘genuine’ academic degree in preparations for the 2022 governorship election in Osun State.