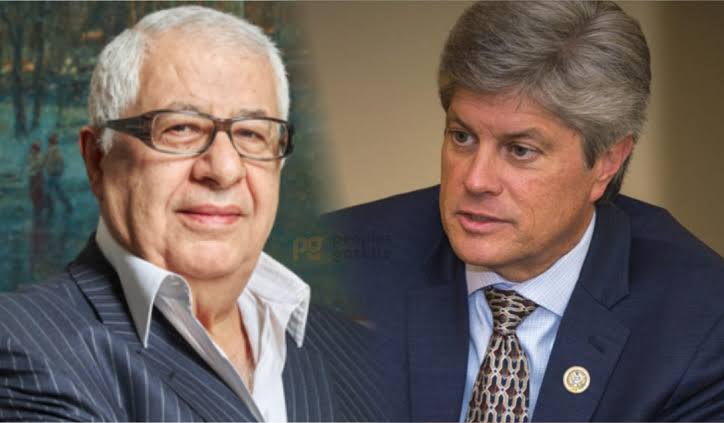 Gilbert Chagoury’s illicit donation lands US lawmaker in trouble, may go to jail

Jeff Fortenberry, a US congressman from Nebraska, has not only resigned from office after being found guilty by a California jury of lying about an il

Jeff Fortenberry, a US congressman from Nebraska, has not only resigned from office after being found guilty by a California jury of lying about an illegal campaign donation from a foreign national, he may be likely going to jail for it.

It is illegal in the US for foreign nationals to make contributions to campaigns.

Fortenberry was convicted in October 2021 of lying to FBI agents on two occasions about his knowledge of an illegal $30,000 contribution to his 2016 re-election campaign from Gilbert Chagoury, a Nigerian billionaire of Lebanese descent.

Chagoury is a Paris-based industrialist and was reportedly once a top advisor to Sani Abacha, former Nigerian military ruler.

During the trial, prosecutors were said to have presented recorded phone conversations in which Fortenberry was warned repeatedly that the contributions came from Chagoury.

Officials reportedly said one of Chagoury’s associates gave $30,000 to “an individual at a restaurant in Los Angeles, who, along with others, later made campaign contributions” to Fortenberry’s re-election campaign.

In a letter on Saturday, Fortenberry said he was resigning from congress effective March 31.

“It has been my honor to serve with you in the United States House of Representatives,” he wrote.

Fortenberry’s announcement followed pressure from political leaders in Nebraska and Washington for him to resign.

He is set to be sentenced on June 28 with each count carrying up to five years of federal prison time.

The rep has, however, said he would appeal against the conviction.

This won’t be the first time Chagoury will be flouting the law to make donations to US politicians for their campaigns.

In 1996, he gave $460,000 to a voter registration group steered by Bill Clinton’s allies and was rewarded with an invitation to a White House dinner.

Over the years, Chagoury attended Clinton’s 60th birthday fundraiser and helped arrange a visit to St. Lucia, where the former president was paid $100,000 for a speech.

Clinton’s aide, Doug Band, even invited Chagoury to his wedding. Chagoury has also donated to Republicans. He and his brother, along with Eko Atlantic, are listed as sponsors for a 2014 art exhibit at the George W Bush Presidential Center.

Loading...
Newer Post
Wike declares intention to run for president in 2023
Older Post
I had to prove to family I wasn’t sleeping around as an artiste — Asa