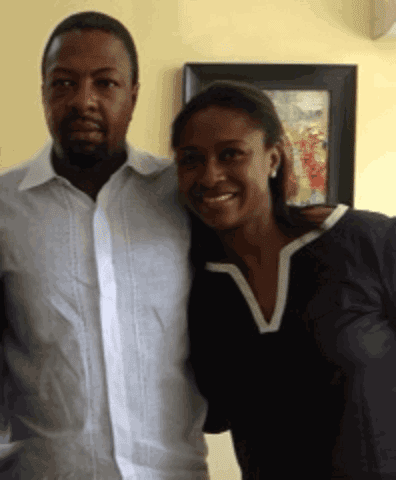 Folorunsho Coker, the director-general of the Nigerian Tourism Development Company is allegedly back in the singles’ club. Just when everyone thoug

Folorunsho Coker, the director-general of the Nigerian Tourism Development Company is allegedly back in the singles’ club.

Just when everyone thought his second marriage to Aisha Rimi, a member of Rimi Partners, an Abuja based law-based law firm specialising in corporate legal services, business advisory services and government relations, would not only outlast his first, but will be his last attempt at the marriage institution, the union only ended up making a dry run the duration it lasted.

Folorunsho’s first attempt at marriage was with Folake Akindele-Coker, the boss of foremost fashion design label, Tiffany Amber. Folly Coker as he is fondly called, ended the marriage which produced three children abruptly. Still dazzed about how her marriage ended, Folake retained her ex-husband’s name and still does to this day.

While she is yet to remarry and is currently in a relationship with a serving south-west governor, Folly quickly jumped into another marriage with Aisha. Aisha also used to be married to Lateef Bello Osagie, a sibling to Hakeem Bello Osagie, a former chairman of United Bank of Africa.

No sooner had her marriage to Lateef ended that she hooked up with Folly and both tied the knots. They resolved to give their second attempt at marriage, their best shot and make their new ‘partnership’ work.

Alas that wasn’t to be as findings reveal that Folly’s man-about-town nature allegedly, contributed greatly to the demise of the marriage. In fact, early on in the marriage, the couple allegedly managed to keep the union together but seeing they could no longer continue to patch things up, they both allegedly, finally decided they have had enough of each other.

Pundits are however of the opinion that the Economic and Financial Crimes Commission investigation of Aisha’s involvement in the diversion of the sum of N3 billion from the account of Lagos State Government Number Plate Production Authority when Folly was the managing director, was allegedly, the beginning of the end of the union.