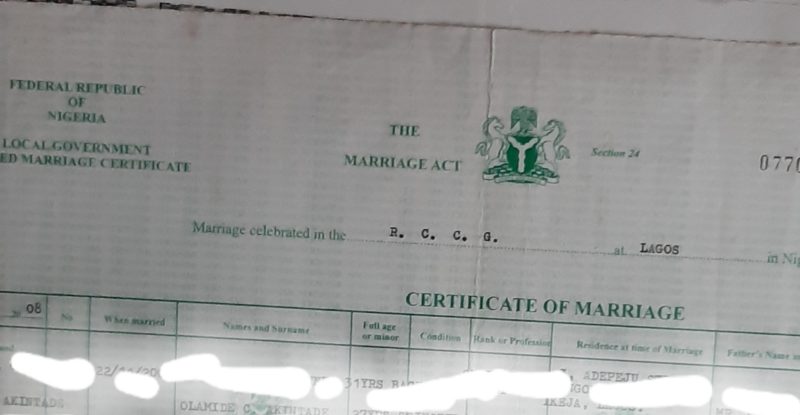 The Pentecostal Fellowship of Nigeria (PFN), has rejected the newly introduced marriage certificate law by the federal government. The Federal Governm

Disobey me and lose your job – Pope to Nigerian priests
The Oyedepo/Idahosa bond! How Bishop Oyedepo paid salaries of staff of BIU for one year
A peep into how Winners Chapel came into being as the church clocks 39 years today

The Pentecostal Fellowship of Nigeria (PFN), has rejected the newly introduced marriage certificate law by the federal government. The Federal Government had through the Ministry of Interior recently announced a compulsory N30,000 charge licence for Christian worship centres for the conduct of statutory marriages in churches and N21,000 for each marriage certificate.

The PFN described the policy as exploitative and an attempt to commercialize Christian marriages in the country. The National President of PFN Rev. (Dr.) Felix Omobude, in a statement he personally signed yesterday in Benin and made available to journalists, chided the Ministry of Interior for imposing such anti-Christian law on the church in Nigeria.”

“To the best of our understanding, the new law is targeted against the Church because the Traditional and Islamic weddings are exempted from paying the new marriage certificate fees.”

He called on the federal government to shelve the unpopular policy targeted at Christian marriages in the country. “If the Ministry of Interior is in dire need of funds, it should look elsewhere and should not placing extra financial burden on the Christians and their churches. PFN would use all legitimate means to make the federal government to rescind its decision on the new marriage certificate law,” he said.