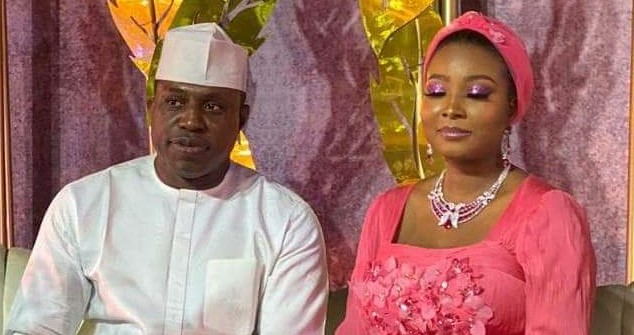 Dimeji Bankole, a former speaker of the House of Representatives, finally gave love a second chance when on Friday, January 15, 2020, he tied the knot

Dimeji Bankole, a former speaker of the House of Representatives, finally gave love a second chance when on Friday, January 15, 2020, he tied the knot with Aisha Shinkafi Saidu, the daughter of Kebbi Governor, Atiku Bagudu, in Abuja.

Following his divorce from his first wife, Olaitan in 2017, after the death of their child, Dimeji Bankole who was once a gubernatorial candidate in Ogun State, had remained single until now, taking his time to find the right partner.

The bride, a lawyer and graduate of the University of Hull in the UK, is a granddaughter of late Alh. Umaru Shinkafi, a political heavyweight and onetime head of Nigeria’s security organisation. The bride’s mother is Shinkafi’s daughter and a sister to the former Zamfara Governor, Aliyu Shinkafi.

A quiet introduction ceremony already took place between the two families according to Islamic and traditional injunctions where the Sokoto State Governor and Bankole’s successor as Speaker of the House of Representatives, Aminu Tambuwal, led the groom’s family to the bride’s family home to seek her hand in marriage.

Following the death of Bankole’s 7 year old daughter, Yewande, who was born a sickle cell patient, the passion between husband and wife was subsequently diminished.

Yewande was the first of the two children of Bankole and his wife, Olaitan (née Akinlade). Her birth took place in Ghana, while Olaitan was rounding off her medical studies at the University of Legon, Accra, Ghana.

She was a radiant girl who struggled with the disease. We originally managed her condition at a Lagos hospital but later transferred to a London hospital. Sadly we lost her at 10.30pm on Wednesday October 1st, 2014. 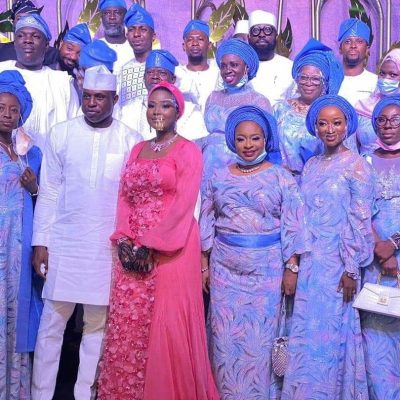