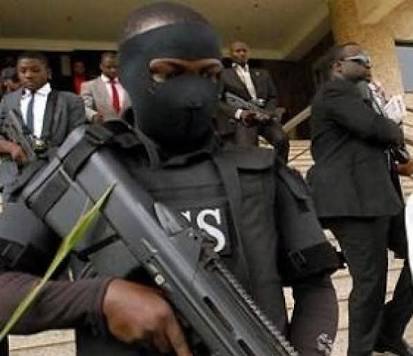 The Amalgamated Union of Foodstuff and Cattle Dealers of Nigeria (AUFCDN) says the Department of State Services (DSS) has invited Mohammed Tahir, the

The Amalgamated Union of Foodstuff and Cattle Dealers of Nigeria (AUFCDN) says the Department of State Services (DSS) has invited Mohammed Tahir, the group’s president, over the decision of traders to block the delivery of food items from the north to the south

The AUFCDN is protesting the alleged killing of its members in the south. Their demonstration has entered the fourth day, and the traders are asking the federal government for compensation.

Speaking at a media conference in Abuja on Monday, Ahmed Alaramma, AUFCDN general secretary, said the secret police were yet to release Tahir.

Alaramma alleged that since they began the strike, the army has been maltreating them.

“The situation report we were receiving in Zaria, Kaduna state, in Niger, Taraba and Kogi states is that there is intimidation by the Nigerian army. We wrote to all the security agencies about our strike, but unfortunately the army is maltreating us,” he said.

“We want to use the opportunity to let Nigerians know the present situation of our strike. Our members are being frustrated nationwide by the army just because we embarked on a strike.

“We reject what the army has done to our task force in the four places that we have mentioned. We want to assure our members that our strike is ongoing. Our president is with DSS now. They invited us over our protest. Up till now, he is not out of the place.”

At the weekend, the defence headquarters had warned traders who obstruct the movement of goods from one part of the country to the other to desist from such acts, or face the wrath of the law.

Earlier today, a Coalition of Niger Delta Ag­itators (CNDA) threatened to cut off oil and gas supply to the North if the decision of Northern trader to continue to cut off food supply to the South isn’t reversed in 30 days.