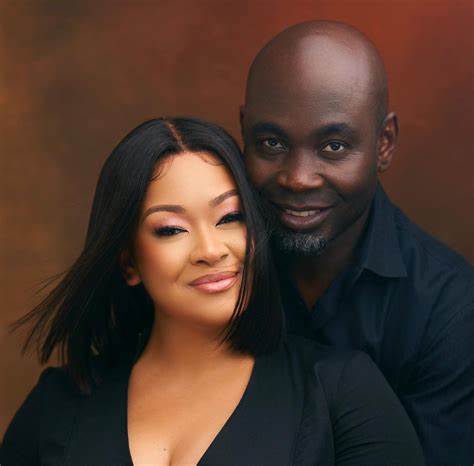 A group of women who refer to themselves as Concerned Women of Delta have issued a stern warning to Kogi State born politician, Natasha Akpoti, asking

Yahaya Bello conspicuously missing as dignitaries throng wedding of Natasha Akpoti and lover, Alemu of Warri
Natasha Akpoti welcomes baby with new husband
How Natasha Akpoti ‘forced’ Uduaghan into marriage after demanding N10bn from him
A group of women who refer to themselves as Concerned Women of Delta have issued a stern warning to Kogi State born politician, Natasha Akpoti, asking her to let go of her husband, Chief Emmanuel Oritsejolomi Uduaghan, as he is another woman’s husband whom she snatched.

The women in a viral video said, that Nigeria as a nation has women of substance everywhere who are capable of representing the interest of women in places of authority, adding that one who has caused pain, mental illness and unthinkable pain to fellow women, as evidenced by her letter from her solicitors to her husband where she demanded N10 billion was not qualified to represent women in politics.

They disclosed that they have evidence of the torture, fabricated lies and threats issued by Natasha Akpoti to both Mrs Alero Uduaghan, Chief Uduaghan’s first wife and her father, before she blackmailed Chief Uduaghan into succumbing to marry her.

The concerned women urged women and indeed Nigerians not to take anything Natasha says or does seriously, until she proves that she did not instruct a lawyer to write the said letter.

They warned her to retrace her steps from destroying a family foundation built on trust, noting that if their sister and daughter (Alero) cannot fight for herself, they would not fold their hands and watch Natasha poke her finger into the eye of a Delta woman and go scot-free.

The group called on well-meaning women in the country to rise up to the defence of Alero Uduaghan and her children, in fasting and prayer until the wrongs are made right.

The group said women representation in politics meant representation by women of virtue, not the likes of Natasha who would go to any length of blackmail to get what did not belong to them, as exposed by the letter from her lawyers.

In the leaked letter titled, “In The Matter of Breach of Promise Of Marriage, Poisoning, Foeticide, Inducing Loss Of Amenities, Assault, Causing Financial Loss And Indebtedness To Natasha Akpoti,”Akpoti expressed dismay that Uduaghan was still married to his estranged wife as at September 2020.

Akpoti alleged that she was instrumental to her husband’s successful acquisition of a gas asset, worth about $105 million, a hotel and other investments, adding that she lost her reproductive organ after Uduaghan allegedly served her poison in a bid to make her abort her pregnancy for him which was an ectopic pregnancy.

The letter also revealed that the sum of N10 billion she demanded was for the “services” she rendered to Uduaghan, including “loss of financial opportunities and earnings, loss and impairment of reproductive organs, feticide, pain and suffering, assault occasioning harm and breach of promise of marriage”.

She also claimed in the letter that Uduaghan had outrightly repudiated his much-avowed resolve and promise to marry her, after subjecting her to slavery and servitude for about three years, “coupled with virtual loss of esteem and identity”.