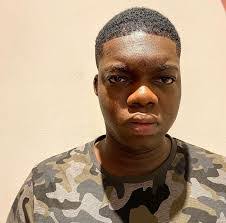 Instagram skit maker, Abdulgafar Ahmad, aka Cute Abiola despite being released by the Nigerian Navy after almost three weeks detenti

Tonto Dikeh’s ex husband sues her over controversial interview, demands N500m in damages
Writer and influencer, Nkechi Bianze reveals she was offered money to defend Fatoyinbo
Entertainment veteran, Kunle Agboola dies of kidney disease
Instagram skit maker, Abdulgafar Ahmad, aka Cute Abiola despite being released by the Nigerian Navy after almost three weeks detention, is serving one month punishment for ridiculing the police in one of his skits and wearing their uniform in the process.

The 25 year old was arrested on November 15, 2021, but has been released to serve his ‘light corrective punishment’ in the cantonment which was ordered after a military trial.

He is expected to end his punishment by December 15, 2021, when he would be allowed to return home to his family.

Naval spokesperson, Commodore Suleman Dahun said that it’s personnel,  OSCOMP Abdulgafar Ahmad will be in charge of cleanship; supervising painting, electricians, carpentry, cutting of grasses, and others. He will be supervising civilians.

“He is no longer under detention. He has been released to move around to serve his punishment.

“Because he was detained on November 15, that one month will start counting from then, which means he is going to be engaged till December 15. By then, he will be off the extra duty.”

A military source explained that an extra duty means that the comedian is the “Minister of Works in the Barracks” for the period of the punishment.

The source also said Cute Abiola should know better as a military man and should not have appeared in a police uniform in one of his skits, let alone ridicule the sister agency in the process.