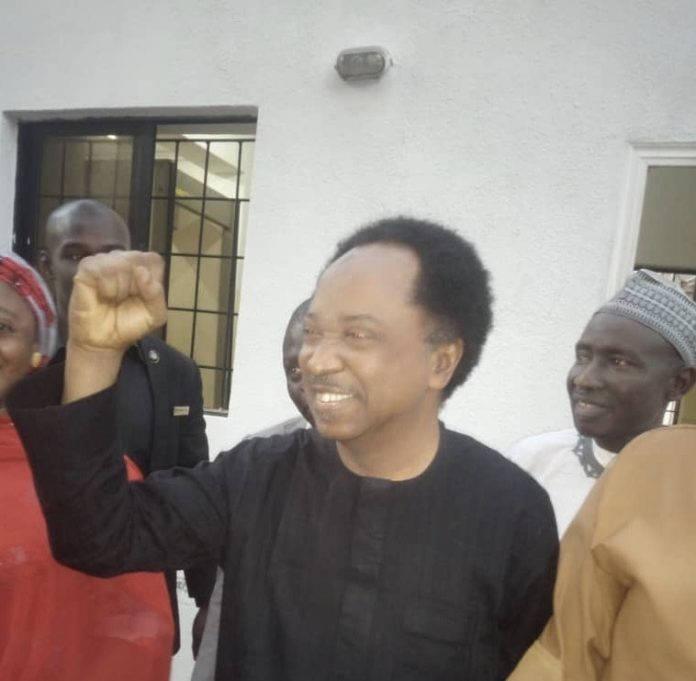 Detained Senator Shehu Sani, has been released from the custody of the EFCC after meeting his bail conditions, the commission has said. After several

Detained Senator Shehu Sani, has been released from the custody of the EFCC after meeting his bail conditions, the commission has said. After several weeks in detention, Sani finally secured a bail at the Federal High Court in Abuja on Monday before Justice Inyang Ekwo, in the sum of N10 million with one surety in like sum.

According to the judge, Mr Sani must not travel outside Nigeria without obtaining permission from the court. He ordered the defendant to submit his international passport to the court.
“N10 million with one surety, the surety should be an owner of a landed property within the jurisdiction of this court.”

Mr Sani, who represented Kaduna Central in the last Senate, was arrested last month for allegedly collecting $25,000 in the name of the EFCC acting chairman, Ibrahim Magu. The former senator has denied the allegation and described his detention as “unfair, unjust, prearranged and politically motivated.”

The EFCC on January 2 obtained a court order to detain the former senator for 14 days without trial and even searched the Abuja residence of the former activist.