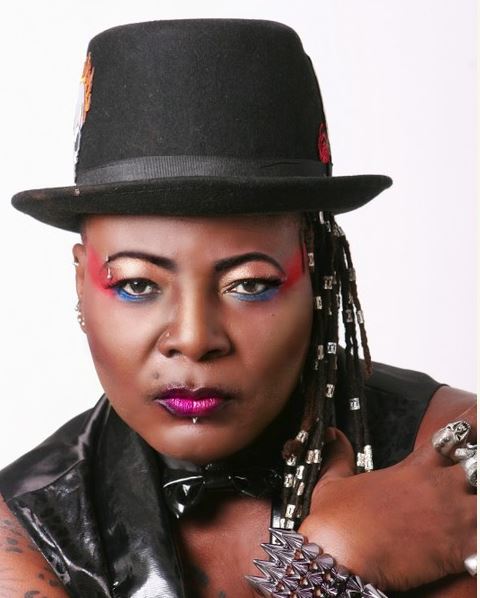 Charly Boy proposes to wife, Diane 4th time in 45 years
I am grateful for having a lesbian daughter – Charly Boy
Charly Boy apologises to daughter over post on sexuality

In a statement released by his manager, Doris Udensi, in Abuja on Friday, the singer, in leading an advocacy and enlightenment campaign for a better society, decided to go back to music as a way of mobilising citizens for nation-building, NAN is reporting.

The statement read in part, “His focus is to take a break from his street protest/peaceful demonstrations and put all that energy into conscious music like never before. This musical film drops on all TV, radio stations, and YouTube. It will also be available on all music platforms from the 20th of September.

“This film was directed by the legendary Akin Alabi, choreographed by the one and only Dr Kaffy, and costumes were designed by Modela. The single puts its spotlight on the position of Charlyboy as the king and pioneer of many positive changes that have taken place in the last 22 years in the entertainment space.

“Charly boy, the Areafada, returns as a king into the country after three months abroad of rebooting and vacationing to release his highly anticipated Odudubariba musical film. The Areafada is one of the pioneers of the new wave music in Nigeria, and he is making his come back to the industry he helped to build.”

The controversial entertainer had announced his return to music when he celebrated his 71st birthday on June 19. At the party, Charly boy also held an exclusive EP (Extended Play) album listening party. The album was titled Odudubariba, meaning ‘Spiritual Warrior,’ and it was well applauded by music lovers who graced the occasion

In his usual controversial manner, the Area Fada, had shocked many when he said he has started his backward aging process and that he was marking his 70th, not 71st birthday.

According to him, since the government in power had not done anything to put smiles on the faces of Nigerians, there was nothing to celebrate going forward. That was why he decided to keep his celebration simple and low keyed. He told his fans to expect the celebration of his 69th, as against the 72nd, birthday by 2022.

The septuagenarian also made a debut in Nollywood as he featured in the Netflix original series, ‘King of Boys: The Return of the king’, where he played the character of Odudubariba.