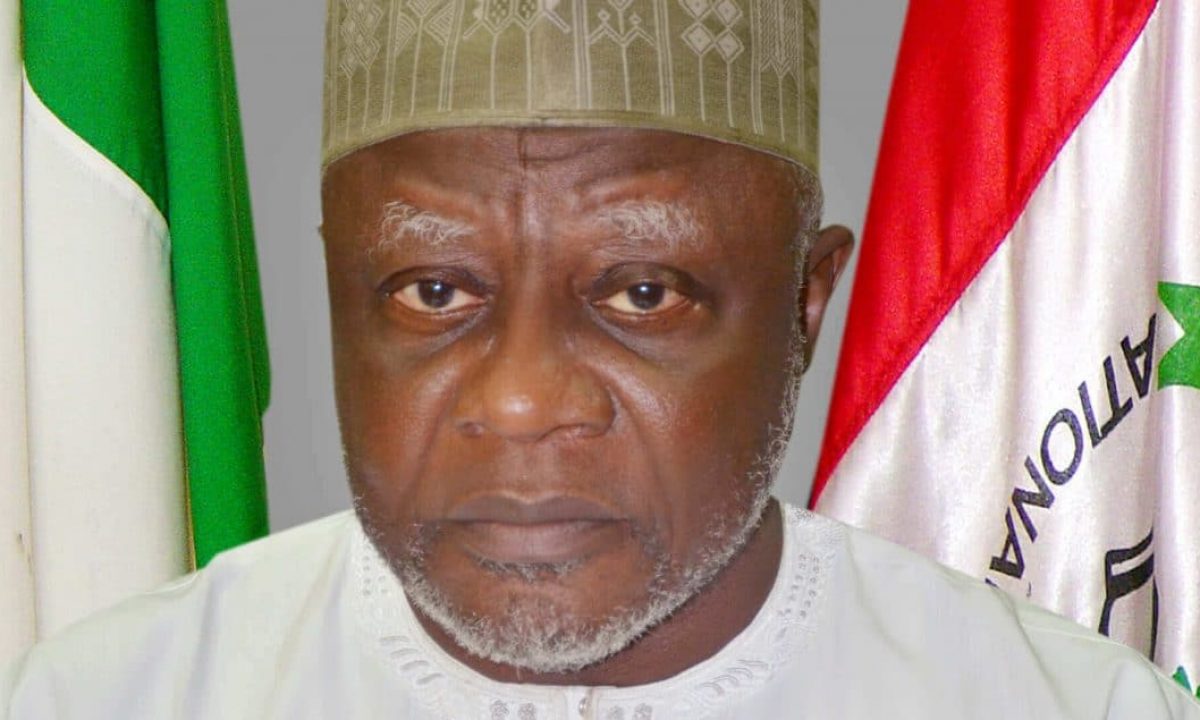 Presidency has run out of ideas, always looking for excuses – NEF
FG accuses ICC, Amnesty Int’l of frustrating fight against Boko Haram
I am permitted by law to remain in office till 2023 or 2024 — IGP Adamu

Abdallah who was appointed on Jan­uary 12, 2016 by the former Secretary to Government of the Federation (SGF), Engr. Babachair Lawal, via a let­ter with reference number SGF.35/S.5/11/272, has been mandated to handover to the Secretary of the agency, Mr. Shadrach Haruna, on or before Janu­ary 10, 2021.

This was communicated in a letter dated January 7, 2021 and signed by the Secretary to the Federal Government, Boss Musta­pha.

According to Sunday Independent, Haruna, who was in the United Kingdom during the notice, had to cut short his trip to return to Nigeria.

However, there is disquiet in the paramilitary agency as the sacked chairman had em­barked on a massive recruit­ment, barely 24 hours before he got a letter to handover.

NDLEA spokesman, Dep­uty Commander of Narcotics (DCN) Jonah Achema, who announced this in a state­ment on Friday in Abuja urged successful candidates to visit the agency’s website www.ndlea.gov.org for the list adding that those shortlisted had also been contacted via E-mail and SMS.

According to him, the candidates had applied for different vacancies, some of which were invited for job competency test. The affected candidates, numbering 5, 000, were supposed to to ap­pear at the Agency’s Acad­emy, Citadel Counter-Nar­cotics Nigeria, (CCNN), Katton-Rikkos, Jos, Plateau State for the screening and documentation exercise be­tween January 10 and 23, 2021 at 0900 hours daily.

But yesterday, the Attorney General of the Federation, Abubakar Malami, had asked that the screening exercise be halted due to the second wave of the Covid-19 pandemic.

Concerned of­ficers of the NDLEA, who kicked against the recruit­ment exercise, com­mended President Buhari for his swift intervention in sacking Col. Abdallah follow­ing his dismal performance in the last five years.

In a letter addressed to the President at the weekend, the officers condemned the hasty recruitment and called for its cancellation.

“Sequel to the receipt of the handover letter, the em­battled outgoing Chairman, immediately ordered that let­ters be hurriedly dispatched to candidates to report to the NDLEA Academy in Jos for training on Monday January 11, 2021. This hasty move by Abdallah is mischievous and part of efforts to cover up the reckless misappropriation of the recruitment money released to him since 2019 as well as to thwart efforts at ex­posing the abnormalities that characterised the scandalous exercise.

“It was equally gathered that most of the candidates currently being shortlisted for the eleventh hour train­ing did not even apply for the job and sat for the entrance examination. This sad devel­opment did not only negate the principles of transparen­cy but geared towards deny­ing Nigerians equal opportu­nity in serving their country.

“Mr. President Sir, it stands to reason that the ur­gency with which Abdallah released the names of candi­dates only after he got a letter to handover for an exercise that he was fully mobilized financially since 2019 is be­deviled with sinister intent to advance his selfish interest to the detriment of national security.

“We hereby call for a com­prehensive probe into the recruitment process begin­ning with the payment of N60 million to Em-Plug ICT firm for creating an online portal that lasted for only two weeks. The Agency ICT department offered to create the online portal for a token, but was ignored by Abdallah.

“There was no publication in the newspapers for ICT firms to bid for the creation of the recruitment portal. As a result we want the entire awards of recruitment con­tracts that did not follow the due process properly inves­tigated. All successful candi­dates must be vetted and cer­tified to have applied online, sat for the examination and passed. Otherwise, a fresh exercise must be conducted under a new dispensation.”

The officers also ac­cused Abdallah of distort­ing the seniority list in the agency. According to them, “As a paramilitary organisation, seniority is sacrosanct but Abdallah has completely distorted the seniority list. Abdallah failed to conduct harmonisation and proper placement of officers rather, he promoted juniors who are sycophants over their seniors who dare to tell him the truth. This has to be corrected to re­store discipline in the agency.

“There are many vacan­cies in command appoint­ments that Abdallah refused to fill due to his administra­tive inaction. Every com­mand ought to have a Com­mander and two assistants but over half of the com­mand formations are hav­ing vacancies that Abdallah refused to fill. Again, many of the commanders have over stayed in a beat to the extent that their productivity is de­clining by the day yet he sees no reason to replace them.

“It is for the above and many other shortcomings that we are calling for a probe of Abdallah and the appoint­ment of a competent leader to lead the agency on the path of glory. We cannot afford the costly price of another wast­ed five years.

“Urgent steps must be taken to boost the morale of officers in reducing the esca­lating cases of drug traffick­ing and abuse in the country. This will ultimately address the growing drug challenges and improve the image of the country before our interna­tional partners.”

The concerned officers had earlier called on the President to investigate and prosecute Abdallah for the alleged diversion of N2.8 bil­lion commanders’ monthly allowances and the revoca­tion of the sale of the Chair­man’s official quarters in Ikoyi that he allegedly sold.

In a letter to the president by the concerned officers of the agency signed by one Musa Ahmed Yusuf, the of­ficers said, “Since 2016 that Abdallah took over, he stopped the pay­ment of monthly running cost to commanders. This has continued all through his tenure. The monthly allocation of the agency of about N48 million is used to service Abdallah’s personal inter­est. This has amounted to the sum of N2.8 billion in the past five years”, the petition alleged.

“How are the commands meeting their needs and how do you define corruption? Ab­dallah also sold the official quarters for the chairman of the agency located at George Street Ikoyi, Lagos. He also allowed a tele­communication service pro­vider to install a telecom sta­tion at the once vibrant Ikoyi office that is now a shadow of itself. The impunity of Abdal­lah must not go unpunished,” it further alleged.