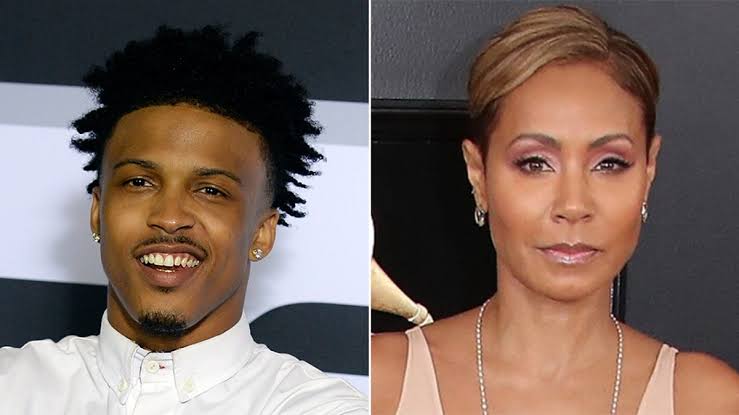 August Alsina, ex lover to Jada Pinkett-Smith is shedding some light into their ‘entanglement’ via a new single. Alsina’s cryptic song comes shortl

From A to B: Bonang Matheba authors new book
Ellen DeGeneres publicly apologizes for staff’s misconduct in first back on air episode
Naomi Osaka defeats Serena Williams to win the Grand Slam at the US Open final

August Alsina, ex lover to Jada Pinkett-Smith is shedding some light into their ‘entanglement’ via a new single.

Alsina’s cryptic song comes shortly after Smith came under fire for slapping Chris Rock for making a joke at his wife’s expense on stage of the 2022 Oscars.

29 year old Alsina shared a few clips on his Instagram sampling a new song titled, Shake the World, which exposes details of his affair with 50 year old Pinkett Smith in 2015.

“Well, of course some s— is bound to go down when you tangled up with the world’s favorite,” Alsina sang in the video.

At the beginning of the song, the R&B singer alludes to being canceled, which was the consequence of Pinkett Smith and her husband, Will Smith, addressing the affair in an episode of her famed Red Table Talk in July 2020.

“I heard I was canceled,” Alsina began.

“Well, let’s not speak on that. Red dot on my back, I became a target. And I’m flawed but flawless. That’s what makes me August.”

This is not the first time the singer used his platform to address his relationship with Pinkett Smith.

2020, Alsina has been silent regarding his relationship with Pinkett Smith, which began in 2015.

In 2018, Alsina appeared on the Red Table Talk with Pinkett Smith to address his alcohol, sex and drug addictions, and she introduced the singer as a “dear family friend.”

It wasn’t until Alsina was promoting his album, The Product III: stateofEMERGEency, in 2020 that he spoke about Pinkett Smith and claimed that Smith gave him “his permission” to have an affair with his wife.

This prompted the widely discussed Red Table Talk episode in which Pinkett Smith admitted to the “entanglement” with Smith sitting across the table from her.