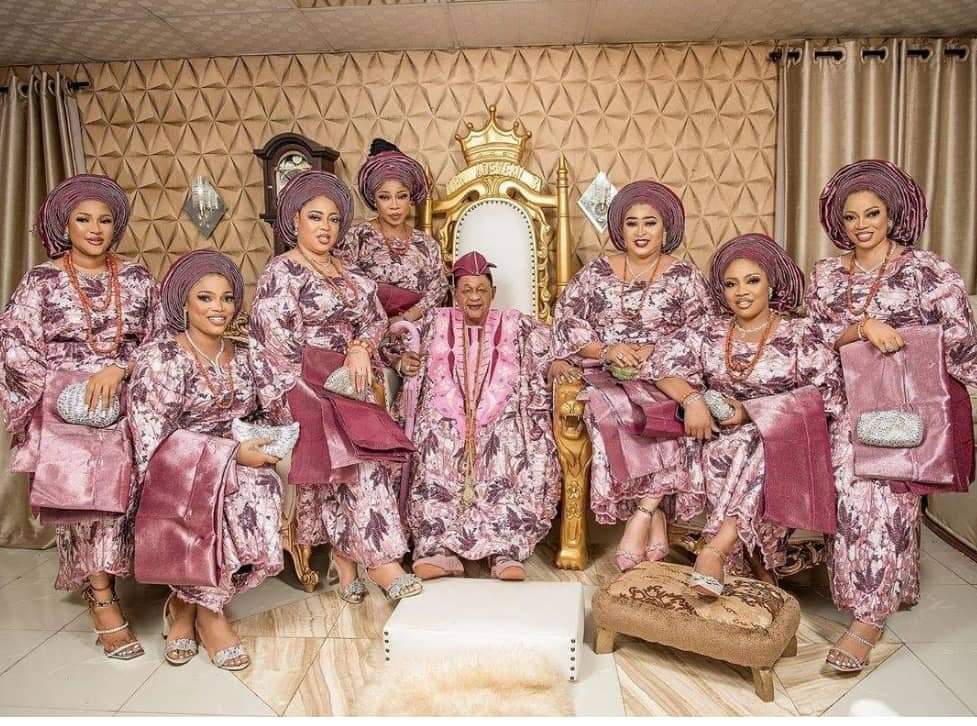 The young and older wives of Oba Lamidi Adeyemi III, the 45th Alaafin of Oyo, may now be available to suitors without undergoing cleansing rituals aft

The young and older wives of Oba Lamidi Adeyemi III, the 45th Alaafin of Oyo, may now be available to suitors without undergoing cleansing rituals after the demise of the renowned monarch.

Oba Adeyemi passed on late Friday at 83 after receiving treatments at the Afe Babalola University, Ado-Ekiti and is expected to be buried according to Islamic rites by 4:00 p.m. on Saturday.

Although it is believed in the Yoruba tradition that the wives of the monarchs, either separated or still married are not at liberty to lay with other men until atonements have been made, palace sources claim that the late Alaafin’s wives may now move on with their normal lives.

While the number of wives remains unclear, the sources claim that the late monarch had at least 18 wives.

“They are not performing any cleansing; They are free to move on with their lives however, the wives cannot get married to an indigene of Oyo.

“Now that Alaafin is dead, they all would be asked to exit the palace with their belongings. Although the properties of the late monarch would be shared among them, a palace source told Peoples Gazette.

Older queens, Abibat and Rahmat were married to Oba Adeyemi at the time of his coronation on January 14, 1971.

In a 2018 interview with Punch, Oba Adeyemi had said that he never proposed to any of his young wives, but instead, they chose to cling to him because he sponsored their education.

“I did not propose to any of my wives. They desired to be with me because I sent them to school. After their university education, I told them to leave but they refused and insisted on staying with me here in the palace as my wives.”

In the past few years, some of his wives, Damilola, Anuoluwa and Badirat, moved out of the palace over various allegations ranging from adultery to stealing to just wanting their freedom.

Queen Anuoluwa left the palace in November 2020 because they wanted freedom. She alleged that she lived in bondage.

“It’s not my wish to walk out. I can’t continue to live under bondage. I wish to live, be the best I can for my children,” she said.

Damilola soon tendered a public apology, alleging that her friends misled her. 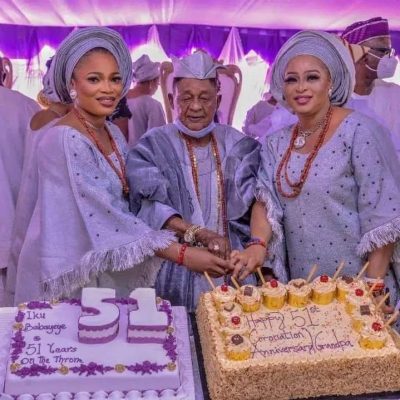 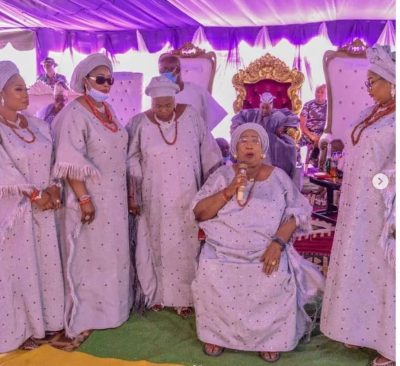